DAF sells 1,000 of its new truck models in under a month 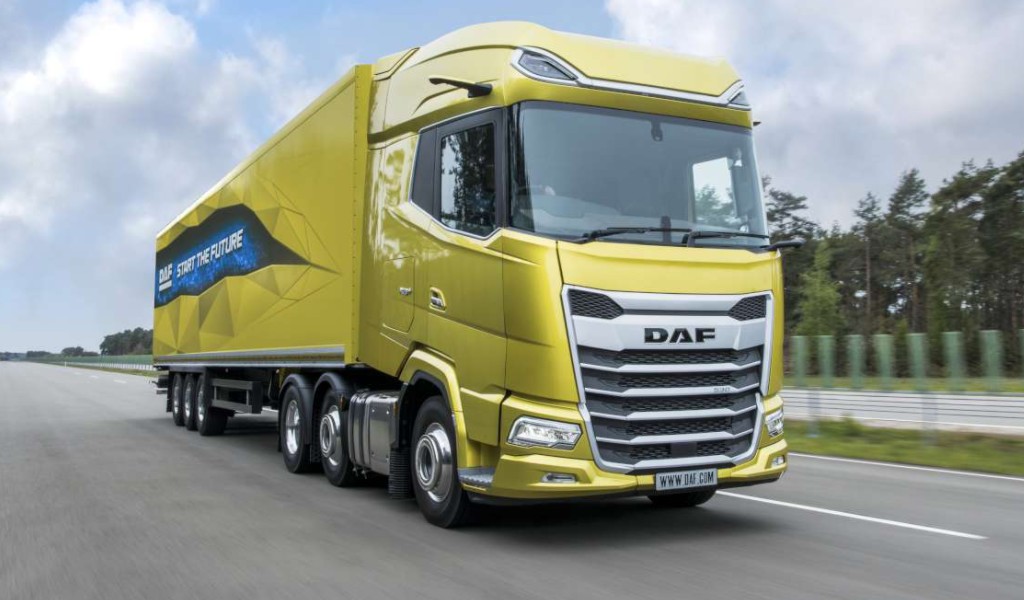 DAF has already received orders for 1,000 of its New Generation XF, XG and XG+ trucks, despite it being just a month since the new models were unveiled.

The Dutch manufacturer’s all-new long-haul vehicle range is set to go into production in October.

DAF claims that the new vehicles offer 10% fuel savings and up to 14% more interior space. Some believe the latter will prove to particularly important amid the current driver shortages in Europe. The theory is that space and comfort will be valued increasingly more than it already is in the coming years.

Like a number of new models from various manufacturers, DAF’s new generation of trucks may be optionally equipped with a camera system instead of mirrors. Furthermore, new generation DAF models sport a revamped digital dashboard, numerous extra safety systems and an electronic handbrake (despite the press photos featuring a traditional handbrake).

Other technical improvements include new cylinder heads and pistons that create higher pressures and produce up to 100Nm more torque. Furthermore, DAF has renewed all the components in the engine in order to reduce losses from friction; the same is true of the new rear axle. Those changes, together with other aerodynamic and technical improvements, result in the aforementioned 10% increase in fuel consumption.

“DAF has been around for 90 years, but never before have we reached the milestone of more than 1,000 customer orders so soon after an official launch,” said Richard Zink, Member of the Board of Management of DAF Trucks and responsible for Marketing & Sales. “What makes this milestone even more special is that the New Generation DAF will only go into production in October and the vast majority of customers have not yet been able to admire our great trucks in real life. It shows that we have started the future by launching a series of revolutionary trucks that truly break new ground in efficiency, safety and driver comfort.”