DB Schenker first to order electric MAN lorries: 100 eTrucks to be delivered by 2026

International logistics company DB Schenker has ordered 100 electric MAN lorries. The first vehicles are to be handed over in the first half of 2024. 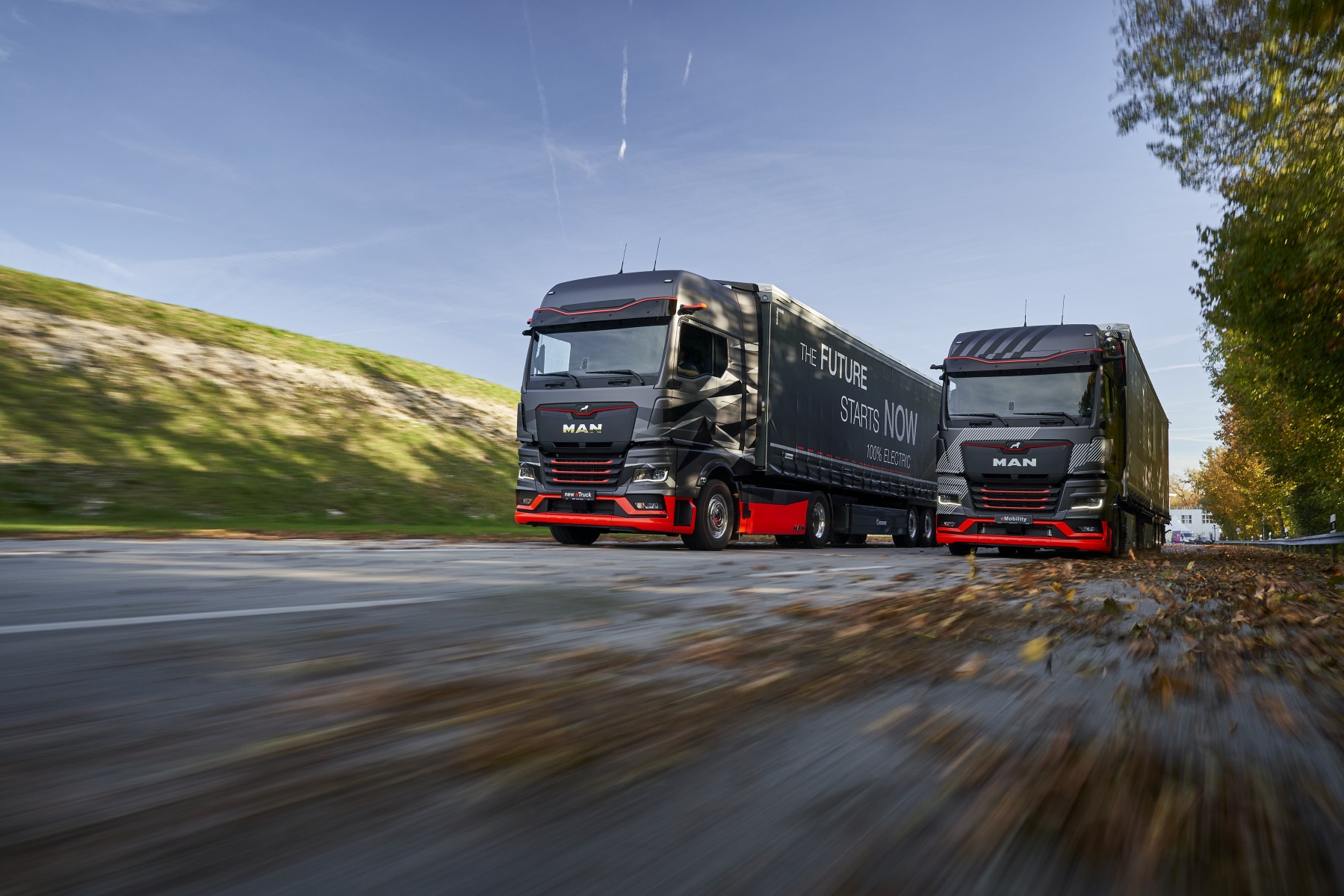 With the signing of the agreement, DB Schenker is the first pilot customer for these eTrucks.

The low semi-trailer height of around 950 mm makes it possible to transport electrically volume trailers with an internal height of 3 metres.

The production of the future eTrucks has been prepared at MAN since 2021 in the MAN eMobility Center, as conventional diesel trucks and electric trucks will run off one assembly line during the ramp-up of electromobility.

To this end, the company is investing around 100 million euros over the next five years at the tradition-steeped production site for internal combustion engines.

The commercial vehicle manufacturer is also receiving support from the Bavarian state government, which has pledged a contribution of around 30 million euros to energy research and technology funding for the period 2023 to 2027.

“The demand in the market for this fully electric vehicle is already enormous. The topic is now really picking up speed, also because more and more of our customers are setting themselves extremely ambitious decarbonisation targets. This has a direct impact on the logistics chains. However, we will only be able to achieve a sustainable mobility turnaround in heavy goods transport with the appropriate political support. This concerns, among other things, the rapid development of the charging infrastructure and also the further design of the funding framework for the acquisition of electric trucks,” said Alexander Vlaskamp, CEO of MAN Truck & Bus, at the New Year’s reception at MAN’s Munich site, which was also attended by the Bavarian Minister of Economic Affairs, Hubert Aiwanger.

“We want to build up practical experience with e-trucks as early as possible. In this way, we can quickly create an offer for the economy to make supply chains more climate-friendly. That’s why it was important for us to get the first MAN eTrucks. This brings us another step closer to our goal of being net zero on the road in land transport by 2040.”