By Mikael Lind and Andre Simha

Digitalization initiatives and data sharing are being pursued across the maritime transportation chain. Following successful testbeds conducted around the world, an increasing number of ports are engaged in empowering their coordination, synchronization, and optimization associated to port call operations through initiatives like Port Collaborative Decision Making (PortCDM).

Improving the interaction between ship operations and port operations is high on the agenda of the Digital Container Shipping Association (DCSA) which represents many of the key container shipping lines in the world.

Regions are becoming involved by encouraging sharing of data between ports – especially valuable for improving the efficiency of short-sea shipping. A growing number of ports, shipping companies, authorities, and cargo owners are now taking important steps towards standardized data sharing. This provides progress monitoring capabilities and important planning information to participating actors and at the same time enables the participating actors’ operations to be much better aligned, coordinated and synchronized with the activities of the other relevant actors with whom they must cooperate.

Due to digitalization and enhanced legal requirements brought about by such initiatives as single window and related reporting formalities, authorities are becoming more engaged, and the capabilities and benefits of digitalization are also high on the agenda within the various maritime industry associations.

A comprehensive overview of initiatives associated with digitizing the port call process has been released recently in an UNCTAD article.

Digitalization and data sharing provide new opportunities by better connecting carriers, ports, people, and infrastructure. It means maritime transport is then an integrated part of the global transport chain that can be pursued in a safe, efficient, and environmentally sustainable way.

Digitalization and data sharing are now inevitable changes that are happening or have already happened in many other commercial fields and which are now about to enable harmonized and transparent maritime transport to become a reality. It is just a question of which actors in the maritime transportation chain that will move first and take the important steps that will bring more value to them and their clients.

Below we highlight some examples of the opportunities offered by digitalization and data sharing. Each relies in some way or other on the principles that underpin PortCDM.

Ports can plan further ahead by becoming better and earlier informed, based on immediate access to relevant and reliable data directly from its source. Looking upon the ecosystem of digital service provision associated with port operations, port community systems and terminal operator systems can now upgrade their capabilities to be better informed of what is happening outside their port but affecting them.

As the volume of goods transported by sea continues to increase, it becomes ever more important to optimize the available facilities in each port of call such that ships arrive in port and are attended to immediately. Such port call coordination / optimization can only be achieved when all the involved actors are aware of the status of all the relevant activities that may impact them – both in their port and in many cases in the previous port of call – particularly when short sea voyages are involved.

Shipping companies are looking to introduce enhanced data sharing between their fleet operations and the port operations to assure timely delivery of services for their clients and consequently ensure that their fleet is used optimally. Several of the members of the IMO’s Global Industry Alliance to Support Low Carbon Shipping (GIA) have recently brought forward a “Just In Time Arrival Guide” to help foster the large scale adoption of improved berth arrival and departure planning. The authors recommend starting with container vessels and subsequently incorporating other types of trade, such as dry bulk or tankers based on the experiences gained.

The pattern of global sea transport includes a significant proportion of regional and inter-regional activity, with longer routes often fed by feeder traffic. In such a situation, it becomes essential that the operations of both the feeders and the linking traffic are coordinated. Building upon emerging standardization of digital collaboration several important initiatives are now being put in place across the world to assist in this coordination. Examples are enhanced monitoring within the Malacca Strait with the joint VTS centre in Batam (Batam VTS), the STEAM project building upon the foundations of PortCDM for enhanced situational awareness in port-to-port transport within the Eastern Mediterranean region, the IMO/MTCC initiatives supporting five developing regions building capabilities, and Sweden joining forces among its small and medium sized ports to upgrade capabilities in digitization, automation, and electrification, etc.

These initiatives aim towards adopting global principals adapted to meet regional conditions. They are ensuring global compliancy for international trade, but also ensuring the necessary support for regional specifics, such as local infrastructural, organizational or legal requirements.

Informed by experience in other industries, several variants of flexible time slot allocation are now being considered to improve the synchronization of port call activities. IMO (e.g. GIA-JIT) and BIMCO are now taking initiatives on such things as the standardization of message formats, processes, and contractual clauses on interaction patterns to enable so-called just-in-time arrivals. The incorporation of flexibility in time slot allocation could result in the traditional first come-first served approach to port arrivals management becoming history.

Sea transport has traditionally been conducted through essentially autonomous actors providing their services along the transport chain. It has relied on the different actors informing each other, mainly on a one-to-one basis and usually only when considered necessary and often only when in the direct interest of the supplier of the information. When actors can become better and more reliably informed through digitalization and data sharing through various digital data streams, this will mean that the existing chain of information gathering is likely to be considered obsolete and inefficient. It follows that traditional services, such as those provided by ship agents for example, will change.

Digital data sharing will reduce the need for analogue data collection and transmission and at the same time enable the establishment of new and improved services. When new digital data tools are providing reliable and up to date situational awareness for coordinators and for the different stakeholders associated with the transport flow these new sources of information will inevitably alter the logic of operations. Technologies enabling track and trace through digital twinning, as well as authority operated vessel traffic systems (VTS) becoming more integrated into port operations, will bring new opportunities for existing and new actors.

A new digital ecosystem of services and platforms building upon the capabilities that digitalization offers to empower the maritime ecosystem is emerging. Digital solutions for enhanced connectivity, such as an Internet of Logistics and an Internet of Maritime, supply chain visibility, virtual control rooms for enhanced monitoring of fleet utilization, port operations, and infrastructural status, and predictive analysis based on large data sets are ingredients for an emerging repertoire of services.

In other fields consumers now enjoy enhanced connectivity and access to information about their transactions as well as forecasting final arrival, and in many cases are becoming, substantially engaged in processes that formerly have been conducted by others (for example; door-to-door tracking of mail and parcels is now commonplace).

In the context of maritime transport, this same capability is increasingly expected by the consignor and the receiver of goods. This puts pressure on cargo owners and transport buyers to become better and continually informed of where a goods item is and when it is intended to be at different locations along its journey. The use of standardized data streams and data sharing are providing the opportunity for such situational awareness.

Besides the developments described above, independent academic and research institutions conducting applied research within maritime and transport, such as A*Star (Singapore), University of Trinidad & Tobago, and Research Institutes of Sweden (RISE) are contributing towards the introduction of digital means for improving and harmonizing sea transport globally. This is also highlighting the role of maritime informatics as a new scientific theme that examines the way that the traditionally self-organized ecosystem of shipping can be better coordinated and synchronized to achieve optimum output and efficiency.

Join the ride now to share data and harvest the benefits

It is no longer a question of if digitalization action should be taken by all those involved in the maritime transportation, it is rather a question of the timing of when they will take action. Digitalization in the maritime sector is happening now. The task now for each individual actor is to consider how best to harvest the opportunities that become available from an enhanced and effective data sharing and collaboration. To benefit, one need to become engaged in sharing data and engage in new collaboration and interaction patterns. Improvement of sea-based and port-based operations empowered by digitization is now firmly placed on the international agenda. Examples are:

• regulatory initiatives being considered by IMO for sustainable shipping

• initiatives that are gathering actors together in geographical regions (such as the STEAM project) the strong focus on digitization within newly formed associations such as Digital Container Shipping Association (DCSA), International PortCDM Council (IPCDMC), and International Taskforce of Port Call Optimization (ITPCO)

In the inevitable move towards digitalization and data sharing there will be prime movers and followers. How will digitalization affect your business and activities? Do you really dare to wait? Digitalization is well established in most of the other transportation chains – maritime is now the weakest link. Today and tomorrow’s clients of maritime transport are looking for improvements. If it does not come soon, some may take their own initiatives if the maritime actors do not join forces and take action.

Mikael Lind, Associate Professor and Senior strategic research advisor at RISE, has initiated and headed several open innovation initiatives related to ICT for sustainable transports of people and goods including Sea Traffic Management and Port Collaborative Decision Making (PortCDM). Lind is also the co-founder of Maritime Informatics, heads the dissemination working group of the International PortCDM Council (IPCDMC), and has a part-time employment at Chalmers University of Technology, Sweden.

Andre Simha is the Chief Digital & Information Officer of MSC Mediterranean Shipping Company, the second largest container carrier in the world, whose team is responsible for implementing and developing the complex data flow between the company’s headquarters and its agencies around the globe, as well as steering the business towards the digital future of the shipping and logistics sector. Simha is also the chairman of the Digital Container Shipping Association (DCSA). 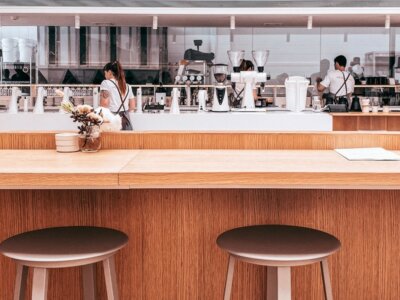 The Coronavirus effects on the Hospitality... 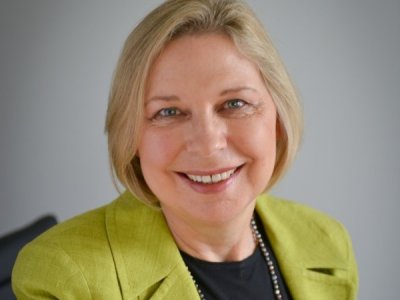 “There’s more of a psychological barrier...

The Coronavirus effects on the Hospitality Industry and its SC
“There’s more of a psychological barrier to digitisation these days than a cost ...
It takes more than wishing to hire highly qualified talent
Is there a supply chain transformation roadmap for your company?
Supply Chain Resilience with Andrew Hogenson, Partner & Global Head at Infosys