The European Union has facilitated the building of Europe’s largest rest area with places for 400 HGVs in Horsens, Denmark. The EU will allocate 162 million Danish kroner (more than 21 million euros) to the project according to reports in Denmark. 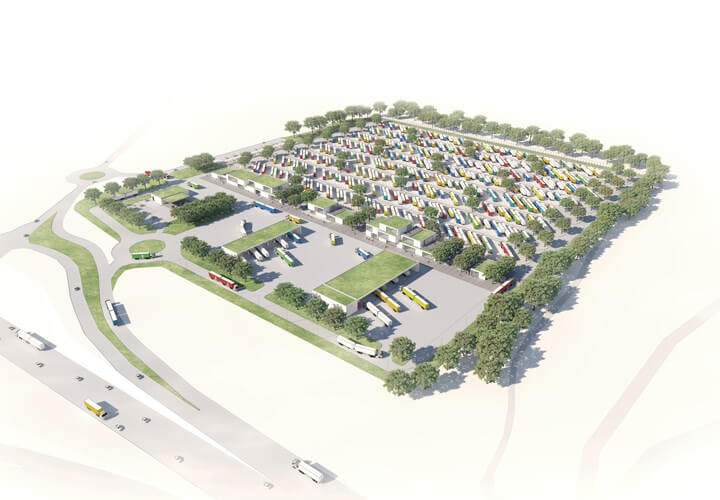 The 162 million Danish kroner, provided by the Connecting Europe Facility of the European Commission, is half the money the constructing company HM Entreprenør needs to build the rest area with 400 parking spaces for HGVs. The facility will also reportedly boast a 10-storey hotel and a helipad.

Project director Charlotte Ørnsvig told hsfo.dk that funding of such a magnitude is rarely expected to be received, and that the EU cash would have a huge impact on the project.

The rest area, which will cover over 270,000 sqm, will provide parking space for 400 trucks. In addition, it will be equipped with solar cells, restaurants, a fitness centre and various shops, as well as the aforementioned 10-storey hotel with its own helipad.

All these facilities are to be built with the purpose of providing drivers with proper conditions for spending their mandatory 45-hour weekly breaks in a comfortable place.

The location of the rest area, Horsens, also just happens to be where DSV started building Europe’s largest logistics centre in 2020. At the time, the Danish logistics company described the facility as a “a future-proof centre on a 700,000 sqm area”.

The reason why such large-scale investments are placed here can be found in the strategic location for transport between the Nordics and all other European countries.