Hauliers across Europe have been sounding the alarm over high fuel prices for some time, with the recent oil price surge following Russia's invasion of Ukraine compounding the situation. Pretty much every nation on the continent has been impacted, with haulier protests in some countries either already happening or expected to take place soon. The different methods adopted by the governments of various nations also shows there is no commonly accepted approach as to how to deal with the problem. 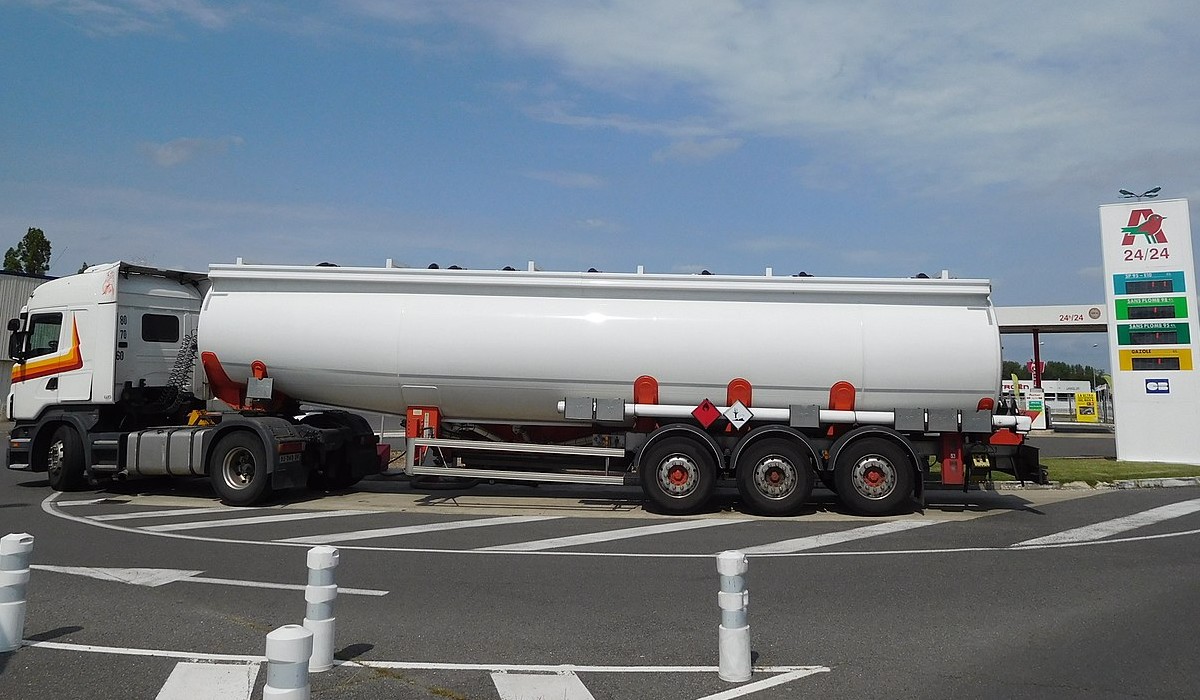 The scale of the discontent is wide, with haulage associations, HGV drivers and hauliers across Europe crying out for state help.

Here is a comprehensive summary of the developments across multiple European countries:

The Road Haulage Association has called for a cut in fuel duty to help small haulage firms in particular. The association is concerned that some companies will have fixed rate contracts that could become impossible to fulfil amid the rising fuel costs.

“Some of the larger companies have fuel adjustments built into their contracts, but the smaller operators may not have that and will have to be footing the bill themselves before they pass on the cost to the customers. As an association we are asking the government to put a freeze on fuel duty for diesel for the next two years. There is a Budget coming up, so we are asking them to freeze duty and we are also asking them for an essential user rebate for lorry, coach and taxi operators. 40% of what you pay for fuel is duty paid to the government. We are asking the government to return that to the users. And we are also asking for a 12 month delay in the change in the rules in relation to the use of red diesel.”

No measures to cut fuel prices have been implemented by the UK Government as yet, though pressure is mounting on the Chancellor of the Exchequer to announce changes in his Spring Budget later this month.

On Wednesday, Ireland’s Government announced a 20% cut in excise duty per litre of petrol and a 15% cut per litre of diesel. A cut of 2% per litre of green diesel has also been agreed.

However, the move has been deemed almost useless by some Irish hauliers, and the Irish Road Haulage Association, which had criticised fuel price protests in the country last winter, has now warned over a “very serious protest” taking place in the near future.

Irish politician Verona Murphy, a former head of the Irish Road Haulage Association, has called for all fuel duty to be cut.

“What I have called on the Government to do is to abolish, as a temporary, emergency measure, all excise duties, all taxes and all VAT. That would, in effect, bring the price of fuel on the forecourt today – be it petrol or diesel, which there is very little difference at the moment – to around the €1 or €1.05 mark. You would curb inflation and you would give us a buffer against what experts say the price of a barrel of oil will rise to, which is in the region of about €200 a barrel,” said Murphy, as quoted by the Irish Mirror.

Eugene Drennan, the current President of the Irish Haulage Association, has also warned that if a fuel price protest does happen, it will be very serious.

“It’ll be far more of a lockdown, it will upset all supply chains, and it will upset other industries a lot as well. You just don’t want us to be in protest and nobody wants us to have the outcome of it. But if we do go to protest it will be very, very serious.”

Back in November, haulier protests in Ireland led to noticeable disruption in Dublin. However, they were not supported by the Irish Road Haulage Association and failed to influence government policy at the time.

Like in Ireland, demands from hauliers for action on fuel prices were present in Italy before Russia’s invasion of Ukraine saw the issue escalate.

Ports is Sicily were blocked by truckers on February 23rd, and further actions were reported in other Italian regions in early March.

Now it has emerged that the Trasportounito union will organise a protest on Monday. According to Ansa.it’s English-language service, the hauliers said they could not afford to keep their lorries running. “The sector is in a state of extreme need,” the union is quoted as saying.

According to French road transport website Les Routiers, the country’s main haulage associations, FNTR, the OTRE and TLF, have sent a letter to France’s Prime Minister, Jean Castex, regarding the fuel price issue.

“Bills are getting heavier day-by-day, and the legal or conventional repercussion mechanisms are no longer sufficient in a context where the increases are daily,” write the organisations, who added: “These unprecedented increases have many carriers wondering about their ability to continue to carry out their transport mission without operating at a loss over the long term. Business failures will multiply.”

Video footage shared by one French haulage firm today shows that blockades are already taking place in the country. Writing on Facebook, SAS CAT Transports et Matériaux encouraged others to take part in the action in order to save jobs.

Despite Spain’s haulage association scoring a landmark deal with the government on RDC waiting times and a ban on drivers loading/unloading goods, road transport firms are still considering strike action due to the ever-increasing fuel costs.

As we revealed on Monday, a protest could be held on March 14th if the government fail to take action. According to Fenadismer, who represents haulage companies in Spain, around 80% of SMEs and driver-operators are prepared to take part.

Dirk Engelhardt, spokesperson for the Federal Association of Road Haulage, Logistics and Waste Disposal (BGL), said at a Thursday morning press conference that the organisation was “shocked and annoyed that the government does nothing.”

The BGL has called for emergency meetings to be held and for a package of measures to be implemented to stave off the effects of rising fuel costs.

Before Russia’s invasion of Ukraine, Poland had already scrapped VAT on fuel to help keep inflation down. However, the move doesn’t help haulage firms as they can get the tax back on it anyway.

Tomasz Czyż, a technology and road transport expert from the Inelo Group, told Trans.INFO that a solution for commercial transport must be found:

“Unfortunately, something that helps non-commercial drivers to save, i.e. a VAT reduction, does not have the same application in transport. This is because, as a rule, TSL companies rely on wholesale prices, i.e. net SPOT prices, which are determined, for example, by PKN ORLEN. In the case of transport, we can only talk about the constantly growing costs of fuel purchase.”

Three Belgian transport organizations, TLV, UPTR and Febetra, are urging their members to pass on increases in transport costs to their customers. In their view, now more than ever, the mandatory use of the diesel clauses is imperative.

Febetra, TLV and UPTR point out that the government’s idea to cut excise tax will not bring the expected relief. This is because European regulations allow excise duties in Belgium to be reduced by just EUR 0.04 / litre for heavy trucks, while diesel prices have increased by EUR 0.35 since January.

“Any government decision to lower the (temporary) excise duty will never be enough to compensate for the real increase in costs,” say the organizations.

Due to the fuel price crisis, the Dutch haulage association (TLN) has advised transport companies to conclude a fuel clause with their customers.

It also recommends shortening the so-called “revision period” for prices (e.g. from monthly to weekly). This would better allow carriers to account for any sudden fuel cost increases in their pricing.

“Talk to your customers about high fuel prices – this is a matter for both the carrier and the customer,” says TLN.

The organisation estimates that about 80% of Dutch carriers use a fuel clause, which will no doubt prove crucial in the current climate.

According to DTL, Denmark’s road transport association, the sharp rise in oil prices requires duty to be cut.

“The government and the EU should include diesel for commercial transport among the policy measures envisaged in connection with the war in Ukraine. For example, taxes on diesel fuel and road tolls should be temporarily abolished,” reads a recent DTL press release.

DTL CEO Erik Østergaard is also in favour of a tax exemption on professional diesel fuel for agricultural tractors in Denmark.

“In addition, the government should look at whether the EU can allow a temporary suspension of tolls for heavy-duty vehicles,” adds Østergaard.

As we reported earlier this week, more Hungarian fuel stations had to close down due to fuel shortages on Wednesday, and hundreds of stations fear running dry over the weekend.

Hungarian oil company MOL has blamed foreign hauliers, claiming they have caused the problem by “sucking out all the gasoline” from pumps because of the lower fuel prices in Hungary. Meanwhile, many fuel stations say the real problem stems from the government’s fuel price cap, which makes selling petrol and diesel loss-making.

You can read for on the situation here.

As our Romanian-language service reports, thousands of drivers stormed the country’s petrol stations on Wednesday, jerry cans in-hand, due to fears of an imminent price hike.

The National Union of Road Carriers of Romania (UNTRR) has called on the Government to take urgent measures to increase fuel prices for commercial road transport, including reducing fuel taxation:

“Usually, diesel is invoiced twice a month with a payment term of 15 days, while the transport activity is invoiced several times a month and the payment is made every 30/60/90 days. At the same time, due to rising fuel prices, road hauliers are maxing out their credit cards on diesel fuel much faster, so they have to pay the accumulated balance in advance. Road hauliers operate at very low margins, so they have to pass on cost increases to customers. Otherwise they risk bankruptcy, which would put additional pressure on supply chains. ” said the UNTRR in a recent press release.

In a press release published on Wednesday, the International Road Transport Union (IRU) called for “urgent action to cap fuel prices for commercial road transport and reduce or rebate taxes and excise on fuel for commercial operators.”

UETR, the European Road Haulers Association, has also described the price of fuel as “unbearable”.

“All National authorities are called upon to introduce appropriate reduction of taxation on diesel fuel and substantial excise duties refund to carriers.  Moreover, EU emergency action to allow Member States to apply lower excise duty rates for freight transport, even below the minimum threshold set at the EU level, would be extremely important and useful,” the organisation stated in yesterday’s press release.

“Where applicable at national level, the automatic indexation mechanism to offset the impact of fuel price rises on transport costs is to provide equitable economic relief to small haulers. Finally, emergency measures of regulated prices for commercial diesel fuel should be taken in order to enable affected SMEs to overcome the crisis.”