Following the loading of its first retrofit propeller in the Port of Hamburg, Hapag-Lloyd says it is launching a comprehensive fleet upgrade program that will also help with its sustainability targets. 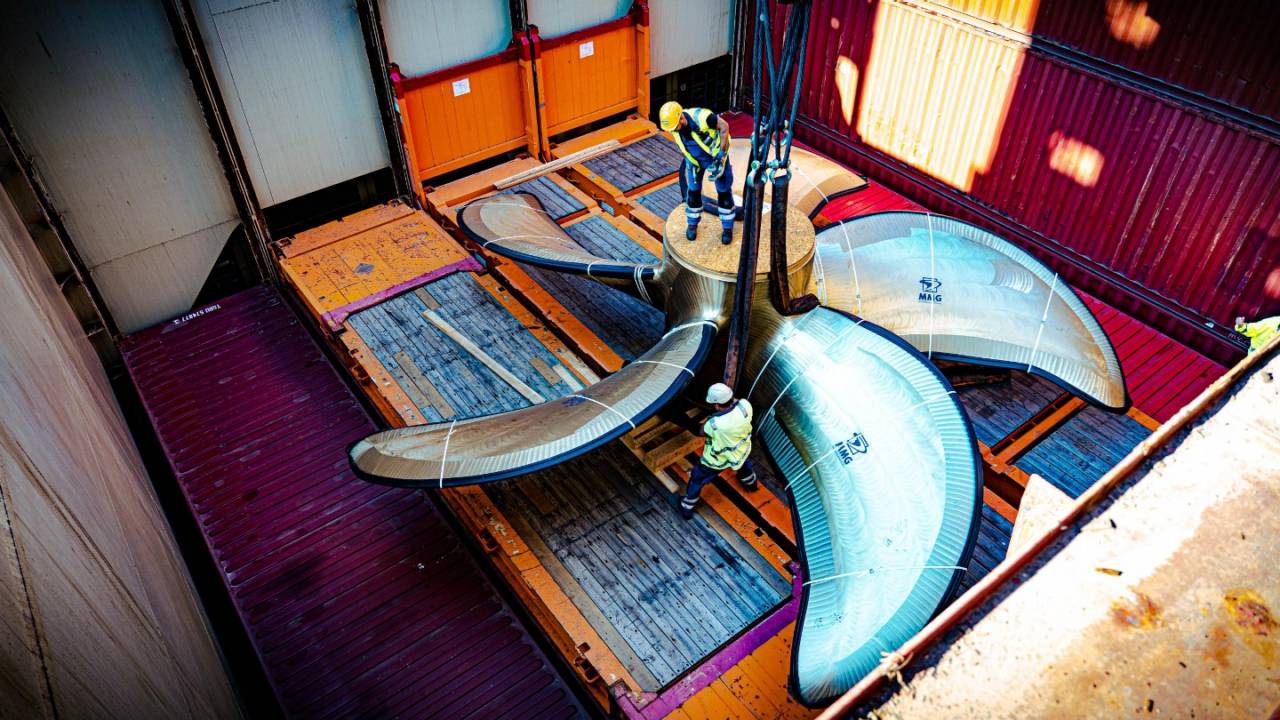 The propeller, which has been optimised for energy efficiency by the German manufacturer MMG, will be installed on Hapag-Lloyd’s 7,500 TEU “Ningbo Express” in Dubai next month.

Once installed, Hapag-Lloyd believes the propeller will cut the Ningbo Express’s CO² fuel and CO² emissions between 10 and 13%, depending on the sailing condition.

In total, Hapag-Lloyd has plans to equip at least 86 ships with the new and more efficient propellers. At the same time, 36 vessels will receive a new, flow-optimised bulbous bow.

During the scheduled dry dock stays, a resistance-reducing coat of anti-fouling paint will also to be applied to all vessels on the part of the exterior hull beneath the waterline. Most of the measures will be carried out by 2025 and make a significant contribution to helping the company to achieve its climate targets.

“We aim to be climate-neutral by 2045. To reach this goal, we have set ourselves the interim target of reducing the CO2 intensity of our own ships by 30 per cent already by 2030. To do so, we are investing in new future-proof ships while simultaneously focusing on making our existing fleet fit for the future. The Fleet Upgrade Program will boost the energy efficiency of the entire fleet.”

According to Hapag-Lloyd, the investment volume of the fleet upgrade program will be in the three-digit million range. Together with the €2 billion order for 12 LNG ships placed two years ago, this large-scale measure demonstrates that Hapag-Lloyd is rigorously investing in sustainable, competitive ship operations for the long term.