With the growing shortage of truck drivers, the American supermarket chain Walmart plans to double the spending on campaigns to attract truckers. A film was even created in which the commercial giant expresses gratitude to his employees.

The Walmart network fleet, i.e. 6.5 thousand trucks, is one of the largest in the United States. Unfortunately, the shortage of truckers that Americans are struggling with is also felt by a popular retailer. That’s why the company decided to pay its employees 1.5 thousand dollars for recommending a candidate for a trucking job. Thanks to this, the recruitment period is shortened by more than a month – informs the American press agency „Bloomberg”.

A superficial vision of working behind the wheel?

In addition, Walmart commissioned the creation of a film in honor of truck drivers. His premiere coincided with the national action „Truck drivers’ week of appreciation” (National Truck Driver Appreciation Week, 9-15 September). It aims to improve the image of the driver and attract interest in the work in the industry.

Walmart’s clip, which shows beautiful landscapes and smiling drivers, seems to be the opposite of the vision of the industry presented by the Polish company Adar. In our opinion, the American version does not even come close to reality.

Lack of drivers in the USA

According to American Trucking Associations (ATA), the shortage of drivers is the most important problem for transport companies.

As estimated by ATA in 2017, the shortage of drivers amounted to 50 thousand, and if the current trend continues, it may increase to over 174 thousand in 2026. There are several reasons: an increasing average age of the professional group (currently 55 years old), low interest in profession among young people, more and more stringent regulations regulating the industry and demanding working conditions.

In turn, according to FTR Transport Intelligence analysts, the shortage of drivers already in the second quarter of this year increased to a record level of 296 thousand. Combined with wage increases, rising diesel prices and higher demand for loads, in June this year the monthly increase in long-haul transport costs was the highest in a decade.

In turn, in the next 10 years, according to FTR Transportation Intelligence estimates, the American transport industry will have to employ about 898 thousand new drivers or nearly 90 thousand annually.

Car transport is not only a job but a lifestyle. Not everyone is fit,” said Bloomberg, Gary Mars, a Walmart employee with 15 years of experience.

– Honestly, no one wants to drive a truck anymore. But we must have them. America will stop without trucks,” he added. 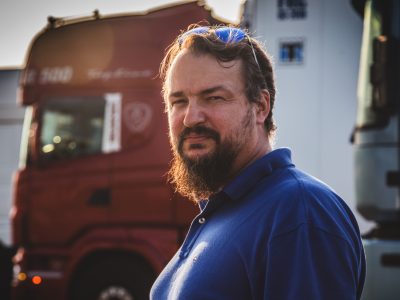 Driving a heavy goods vehicle is... 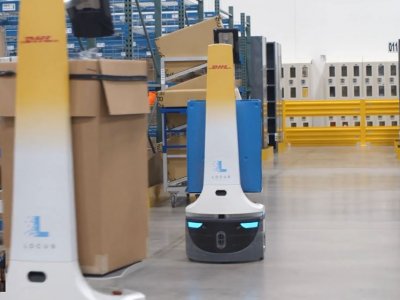 Driving a heavy goods vehicle is not a skill? Britain’s immigration policy will ...
DHL deploys 1,000 robots; Ikea sells through 3rd party; and more no-contact deli...
This is how much an average German truck driver earns