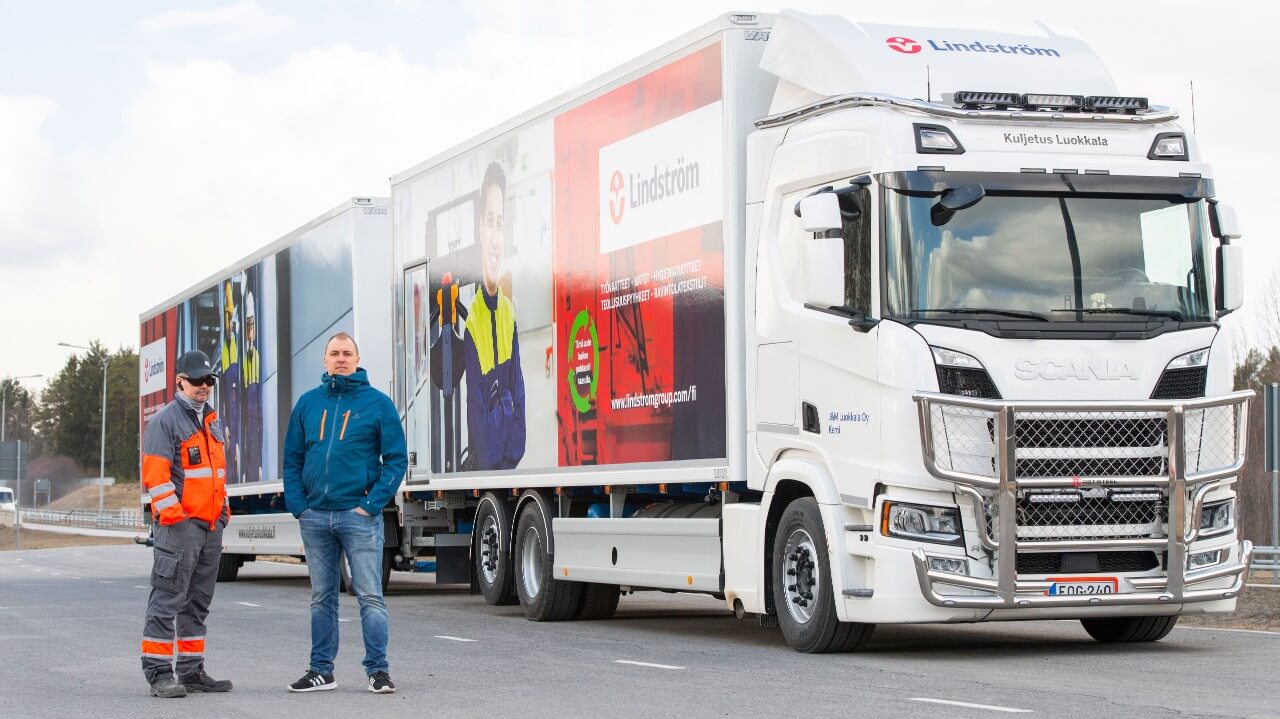 Juha and Matti Luokkala’s truck and trailer combination measures an impressive 31 metres, which is not unusual in dimension-friendly Finland. What singles out this truck is that it’s powered by liquefied gas, making it a rarity in the country.

The family entrepreneurs had heard good things about the environmental advantages of gas and expressed interest. Their reservation was whether the long truck would manage the 1000-km route on a single fuelling, especially considering the harsh weather conditions in northern Finland. This had never been tried before.

With a fleet of 23 vehicles and 35–45 drivers, Kuljetus Luokkala Oy’s customers include Finnish dairy giant Valio and international textile services provider Lindström. It was in transports for Lindström that Luokkala found that the 31-metre combination would be advantageous.

The typical transport day begins with loading in Oulu, the most populous city in northern Finland, for deliveries in Kemi and Rovaniemi before returning back to Oulu for another load. Then the truck heads south to Ylivieska before returning home – a combined distance of 980 km.

After a months of operation, Luokkala knows that they still have 25–30 percent gas left in the tank after the day. They have also been pleasantly surprised by the fuel consumption.

The truck uses 27–28 kg/100 km, which means that it consumes about 250–300 kg per day. We therefore count on recovering the added cost for the gas truck in three to four years.”

The Luokkala truck is presently fuelled with natural gas but Gasum, the state-owned energy company, is expanding it network of biogas stations and should hopefully also reach northern Finland.

Our experience with the gas truck has been so positive that we may purchase more,” says Juha Luokkala.