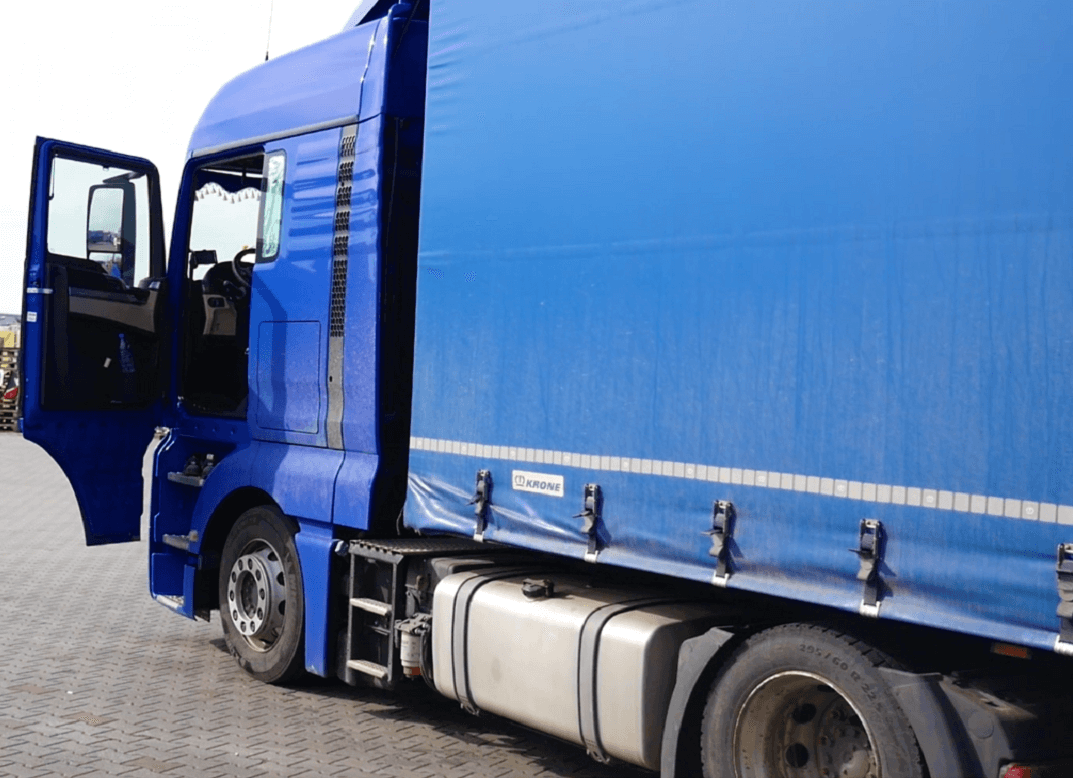 A lorry driver has told Trans.INFO that he was spoken to by police officers for taking a break in his cabin in a car park near Rotterdam. The driver was warned he could be fined, and wants others to avoid having to paying what he calls „absurd penalties”.

According to the letter sent to us by a Polish lorry driver, a leaflet bearing the logo of the Dutch police was placed under his windscreen wiper while he was taking a short nap in a car park. The letter, a photo of which is embedded below, contains the message “Sleeping in a truck is forbidden. Fine: €149” in 14 different languages.

Andrzej Guszczyński, the transport representative from A.G. Plus, who is dealing with the case, claims that the driver only intended to take a short break of one hour. The driver stopped in a safe place where there was no parking ban, only for the police to arrive on the scene 15 minutes later. 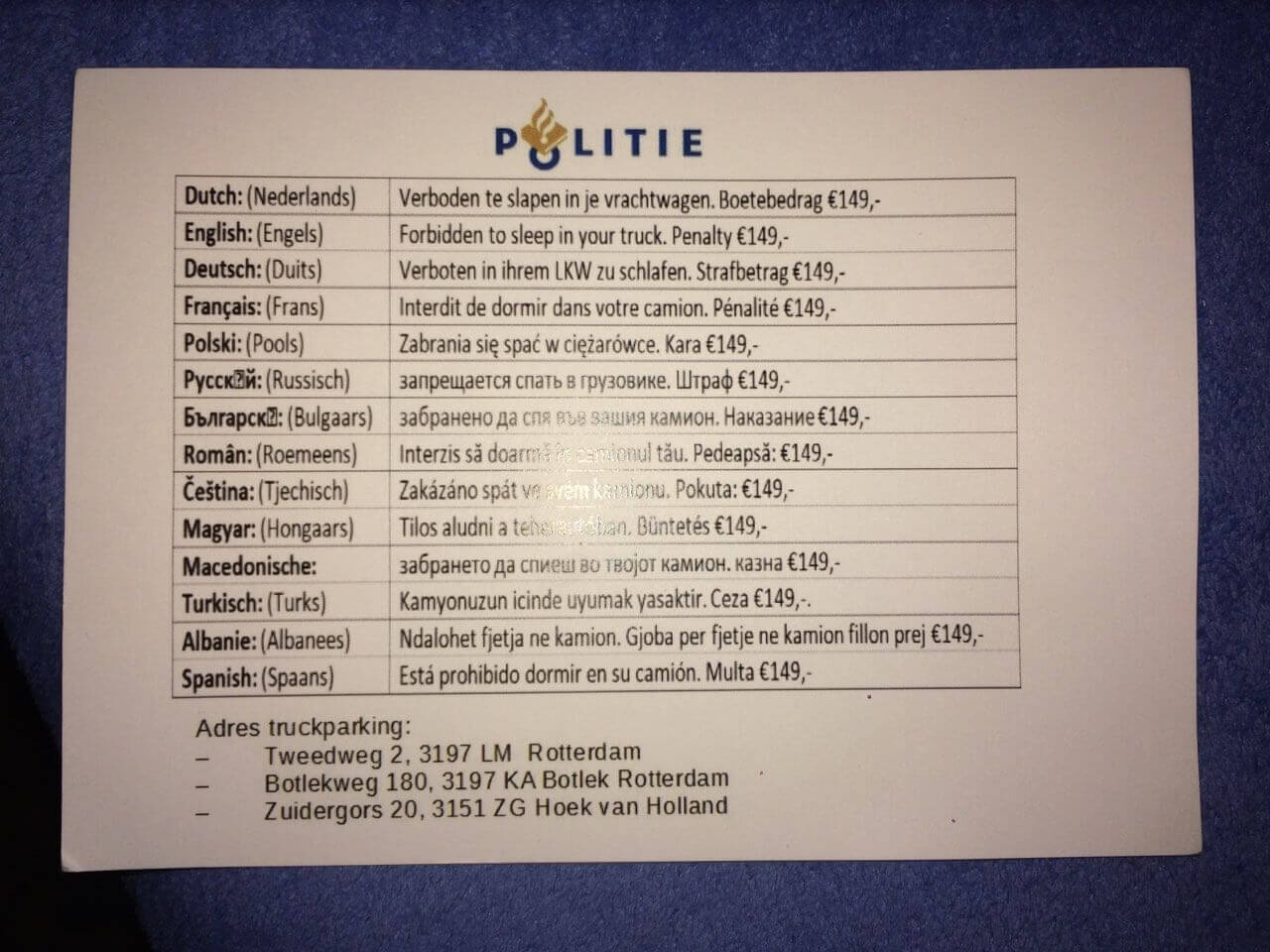 So far, nothing is known about the sanctions that the driver is facing. Andrzej Guszczyński is trying to establish this and is in contact with the police and other relevant authorities in the Netherlands.

For the time being, he has come across information in the local media that suggests that some municipalities in the Europort area have introduced their own restrictions on road transport and taking breaks.

In his opinion, the aforementioned case may be related to this. However, this is all the more strange because, while the judgment of the Court of Justice of the European Union means the Dutch authorities should enforce a ban on regular weekly rest in the cabin, there have been no reports of fines for regular, short breaks.

Therefore, once we know on what basis the Dutch police are handing out fines for sleeping in the cab, we will inform you immediately.

Previously, drivers could spend their weekly rest in the Netherlands without worrying about getting a ticket. In contrast to neighbouring Germany and Belgium, as well as France, where a 45-hour rest in the cabin was punishable (as a reminder, in Germany the penalty is €500 for the driver and €1,500 for the carrier, in France it is up to €30,000).

Following the ECJ judgment, it was not only the Dutch who decided to punish drivers for spending their weekly rest in their cab – Denmark, Spain, Italy and, and in certain situations, the United Kingdom, also started to impose similar sanctions.