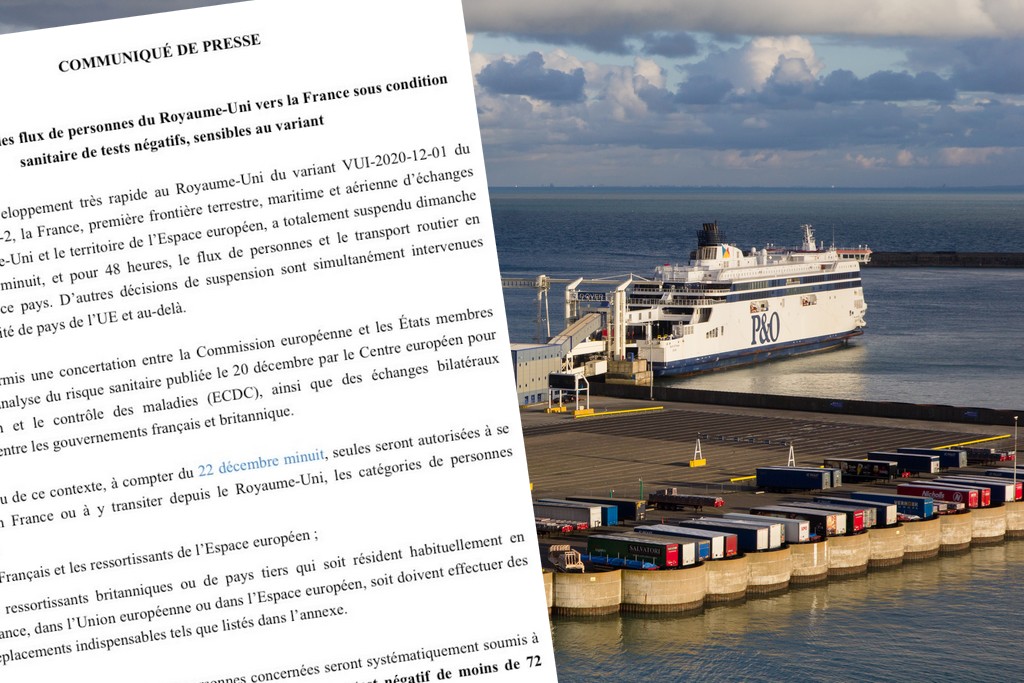 France has just announced that it will allow French and EU nationals and British residents living in France into the country from midnight tonight – provided they can present a negative PCR test from the previous 72 hours.

According to Sky News, the French PM’s office says it will announce specific measures to resume trade and haulage from the UK to France „in the coming hours”.

BREAKING: France announces it’s allowing French and EU nationals and British residents living in France into the country from midnight tonight. All have to show a negative PCR test from the previous 72 hours. pic.twitter.com/riZxjchLyl

France’s Transport Minister has confirmed that boats, planes and trains between the UK and France will be able to operate again from tomorrow.

Thank you @grantshapps for the amazing work we have done the last 48h!

Despite the news, hauliers are being warned not to travel to Kent tonight.

Good progress today and agreement with the French Government on borders. We will provide an update on hauliers later this evening, but hauliers must still NOT travel to Kent this evening.

PCR test results can take anything from a few hours to a few days to process. As details regarding road freight and lorry drivers is expected later, it could be the case that drivers will be tested using faster lateral flow tests. According to to the Times, this will indeed be the case and military shall be deployed to help conduct the tests.

However, a document seen by Sky’s Andrew Connell, which shows lorry drivers among a list of those people allowed to enter France, says that a negative PCR test, or an antigen test that detects the new variant, is required.

NEW: This is annex just sent out by French PM’s office, detailing other categories of people/jobs allowed to enter France.

“Foreign national that assures the international transport of goods” is listed

Will be to a PCR test – OR – another antigen test that detects new variant pic.twitter.com/9byQmL1z3b

According to Harvard Medical school, some antigen tests can be completed in 15 minutes.

Meanwhile, following complaints of a lack of facilities at Manston Lorry Park, a further 70 toilets are to be added to the 150 already on site. In addition, Kent County Council have installed more portaloos on the M20.

For the latest traffic information on the M20, visit the Highways England website.