Operation Brock “working well” and shall remain active until May 3rd

The Operation Brock traffic management measure, much maligned by HGV drivers, is “currently working well" according to National Highways and shall “remain until at least after the May Day Bank Holiday on Monday 2 May," Kent Resilience Forum has confirmed. 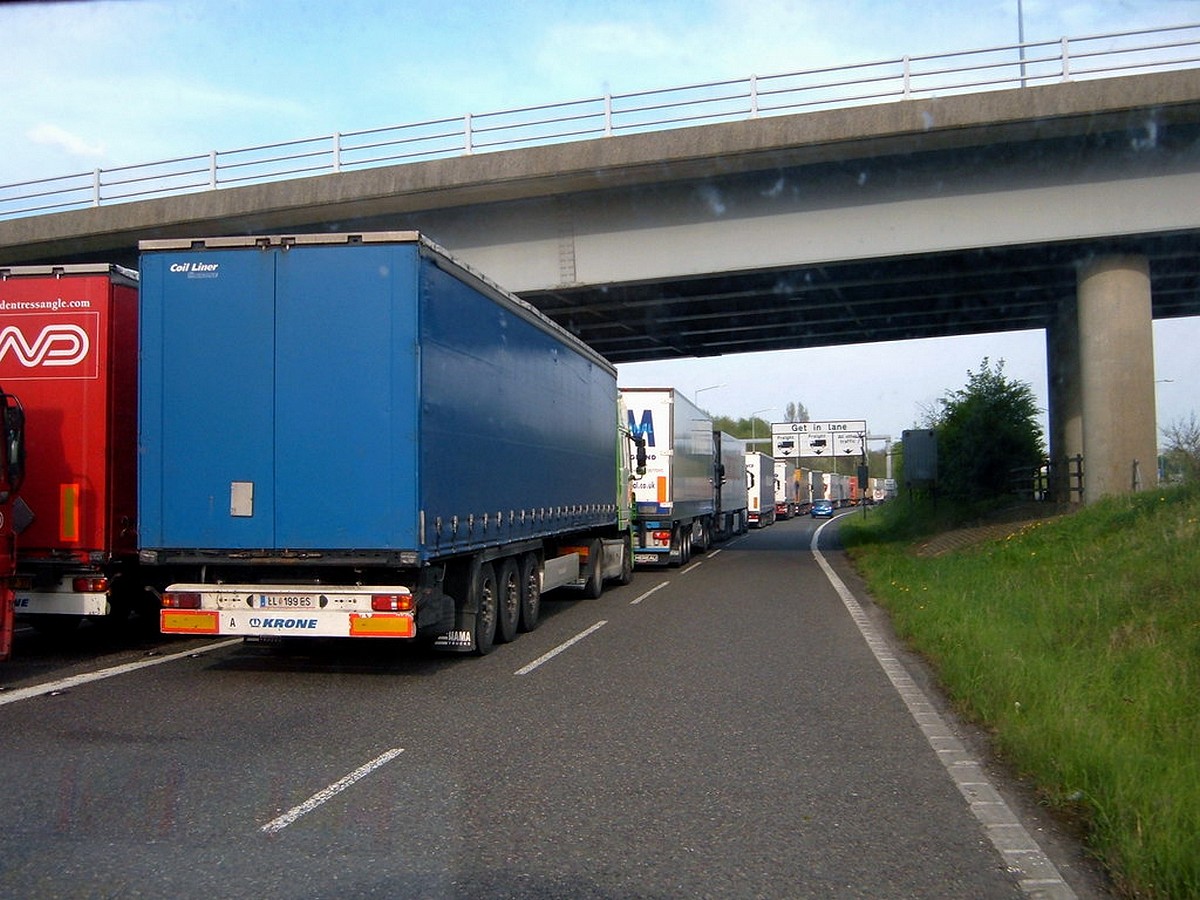 The announcement, published on Kent County Council’s official website in the early hours of this morning, comes after calls for Operation Brock to be reviewed and alternatives put in place.

“With cross channel capacity still down by a third following the ongoing suspension of P&O services, the decision to keep Operation Brock in place means the KRF can continue to work in partnership to keep Kent moving and safely manage HGVs travelling from the UK to the continent,” states the announcement on Kent County Council’s media hub.

The press release regarding the decision also explains that although the contraflow barrier can be moved overnight, “the impact of closing the M20 to either remove or install the barrier is significant”.

In the opinion of Kent County Council, if the barrier is not in place, “the response to any surge or spike in HGV traffic, as seen in the weeks before Easter, would be far more disruptive than keeping the current traffic management arrangements in place.”

The traffic management measure could even be extended after the May bank holiday, as Kent County Council’s announcement explains:

“The use of Operation Brock remains under constant review and a decision will be taken no later than Tuesday May 3 whether or not to keep it in place beyond that date.”

Drivers coming into Kent or driving through it have been advised “to allow more time for their journeys and make sure they have essential supplies with them, including something to eat and drink and any medicines that may be needed.”

Moreover, Kent County Council has once again warned lorry drivers that they could be fined £300 for using alternative routes to avoid the M20.

“HGV drivers are reminded that when Operation Brock is in place they must use the M20, not the M2 or A2, join Operation Brock at junction 8 of the M20 and follow all signs and instructions. Failure to do so could cost significant time, money and fuel, as well as a potential fine of £300.”

“This decision was not taken lightly, and all partners acknowledge the impact of keeping the M20 contraflow in place has on people’s day to day journeys. But with limited capacity at the Port of Dover, with P&O’s ferries still out of service, the traffic management system will continue to help everyone on the move reach their destination as quickly and safely as possible. We thank the people of Kent, those using the M20 HGV drivers and their employers once again for their patience.”

First, she praised Operation Brock, stressing that it is “working well” and added that Operation TAP “is not delaying HGVs or other traffic”.

“Operation Brock is currently working well. It’s helping us manage flows of HGVs to Eurotunnel and the Port of Dover and the M20 contraflow is open in both directions to all other traffic. Operation TAP, approaching the Port of Dover, has been in use periodically but is not delaying HGVs or other traffic,” said Ms Bell.

“Keeping Operation Brock in place will allow us ramp up our response to changes in demand at either the Port of Dover and Eurotunnel. Both are reporting strong demand for freight and passenger traffic in the weeks ahead and being able to manage this safely and predictably is a key part of our thought process.”

The news is likely to infuriate lorry drivers who drive in and out of Kent, many of whom are our readers. Before the Easter weekend, some truck drivers said they had been waiting in queues for over 30 hours with next to facilities made available.

Helen Whately, the MP for the Faversham and Mid Kent constituency, earlier this week backed a review of Operation Brock and called for automatic number-plate recognition to be used to stop lorries coming to Kent when there is port disruption. However, her plan has been panned by Trans.INFO readers, whose comments show they believe the idea to be both impractical and implausible.