People say there's nothing certain in life apart from death and taxes. On top of that, we can probably now add Whites Transport Services receiving false parking charges from ParkingEye. 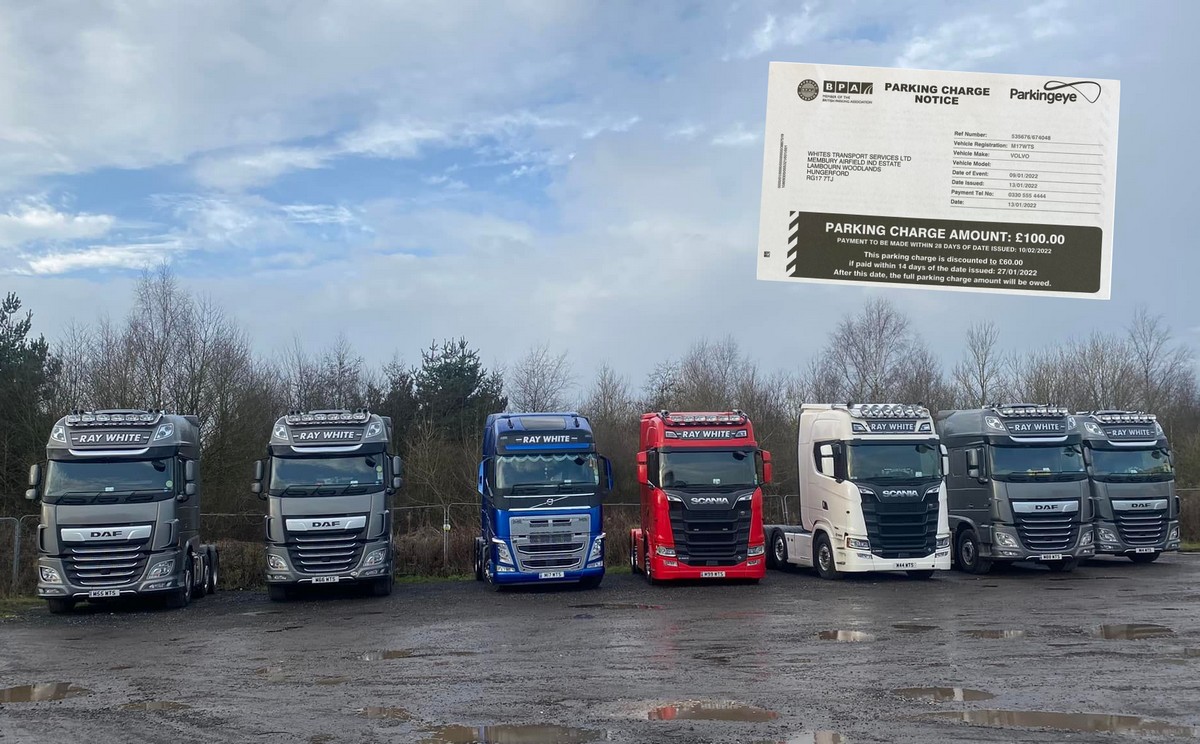 The latest £100 false parking charge was made public by Whites Transport Services today – more or less a year after ParkingEye was ridiculed and criticised for doing the same.

For those unfamiliar with the story, Whites Transport Services has a depot located very close to Membury Services on the A4, where the ParkingEye company are responsible for ensuring parking is paid. At this time last year, Parking Eye had sent the haulier 5 parking fines for long stays at Membury services, despite the fact Pete White’s trucks were always parked at his depot.

Mr White had written to ParkingEye on several occasions regarding the wrongly administered parking charges, but continued to receive more fines.

After receiving the 5th parking charge last January, Mr White decided to a take sterner approach with his next response.

In an amusing letter addressed to ParkingEye, the haulage boss threatened to take legal action unless he received payment for £100. The £100 figure referred to in the letter, as well as the lower £60 fee if paid within 14 days, were ironically included as these are the same terms Parking Eye insist on when dishing out their fines.

Two months later, ParkingEye then sent Whites Transport Services a cringeworthy letter explaining that it had cancelled the fee. The letter contained no apology whatsoever and neither was there any acknowledgement that a mistake had been made.

However, despite the whole debacle and the public embarrassment it caused (the story was published by many newspapers and websites), ParkingEye are still sending Whites Transport Services false fines.

The latest false parking charge notice came to light today after Whites Transport Services shared the fine it had received as well as its latest letter to ParkingEye.

In the letter, boss Pete White asked how on earth ParkingEye could still be sending them fines despite the fact it is aware his company has a yard next door.

White also stressed that he would once again not be paying the false fee and challenged ParkingEye to respond to him personally – something the company has yet to do.

The whole letter can be seen in full below: 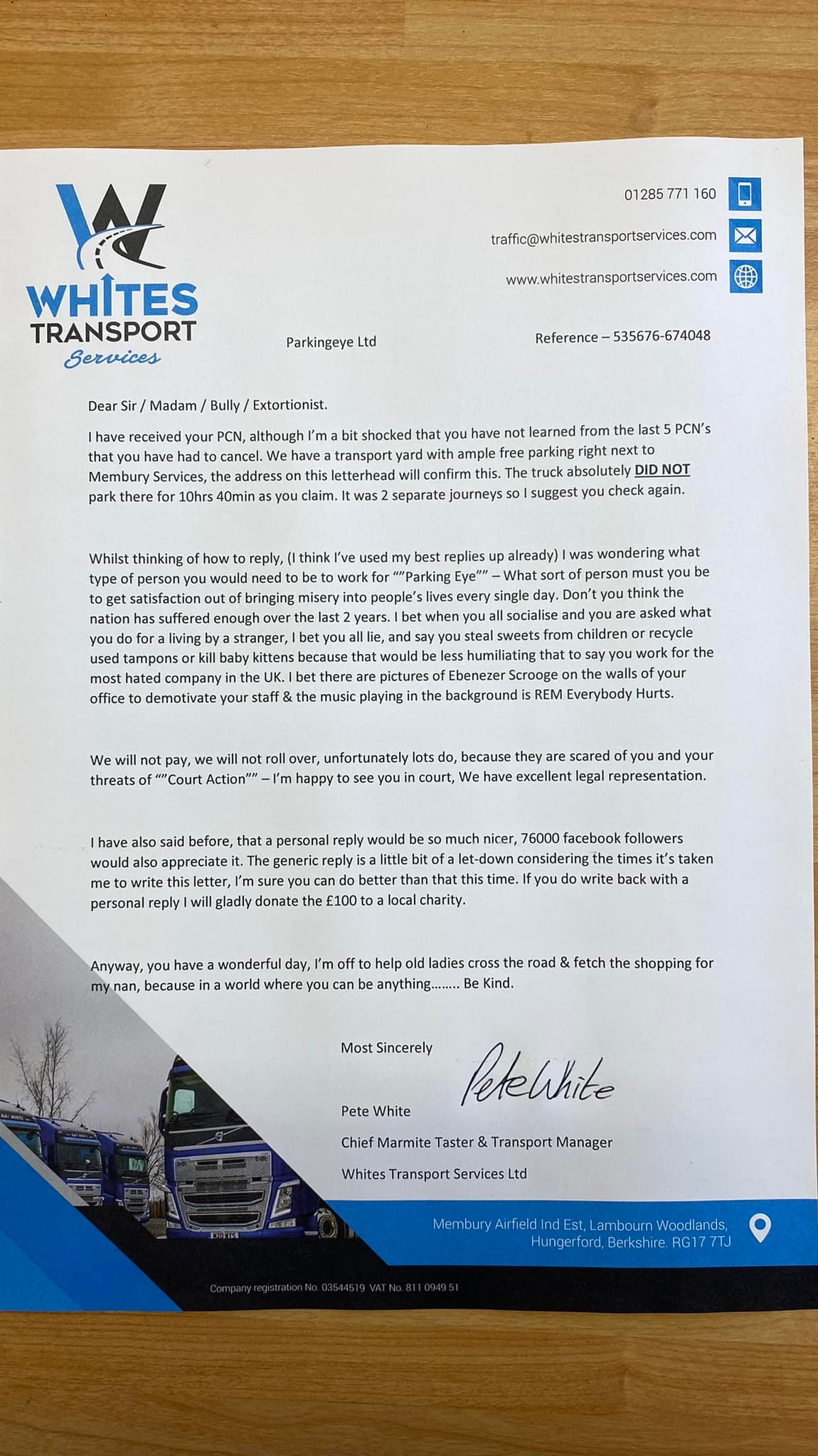 Whites Transport Services aren’t the only haulier to receive false charges from ParkingEye either.

In May of last year, Roger Warnes Transport’ operations director Ian Barclay revealed to motortransport.co.uk that it had been receiving as many as 6 parking tickets per week for 3 years at areas monitored by ParkingEye. On each occasion, it was claimed that the haulier had not paid for the parking when it had actually done so.

It was reported that Mr Barclay had grown tired of having to take the time to send receipts as evidence, and had simply opted to ignore the false fines instead.