Police have detected a new method to manipulate tachographs. The driver who uses it won’t forget the fine.

A routine inspection by the policemen from the Łódź highway patrol had an unexpected final for a 24-year-old trucker who was transporting household appliances to the UK. The vehicle he was driving was first examined in a tachograph workshop, but when nothing suspicious was found in it, experts came to the rescue. And they discovered a tachograph manipulation.

The suspicions of officers carrying out checks last week for non-compliance with the mandatory signs were raised by a parked truck in which the tachograph indicated that the driver had been resting for 7 hours.

The patrol noted that there was a driver card in the tachograph, but because the trucker had no printing paper, they read the data from the card in the police car. It turned out that the tachograph did not record any driving at all. Such reading gave a reasonable suspicion that the device has been tampered with or its operation has been interrupted. The police checked whether a magnet on the so-called pulser had been placed in the truck. For this purpose, they sent the truck to the tachograph workshop. Numerous attempts to find something that interfered with the operation of the device were unsuccessful.

New method of manipulating the tachograph – via the diagnostic socket

But the police officers were persevering and asked ITD inspectors and lecturers from the Police Training Center in Legionowo for cooperation. Thanks to this support, a new method for counterfeiting the driver’s working time was discovered. Unrealistic records of the tachograph were caused by a device connected to the vehicle’s diagnostic socket and equipped with a USB port. There was a flash drive plugged into it. 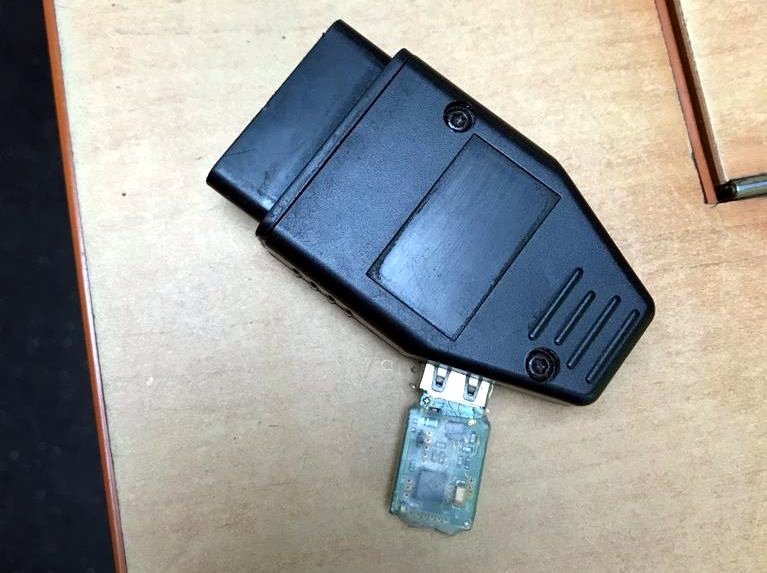 Then it became clear that the driver of the stopped truck, just before the police control, had hidden the device. In order to ascertain how it affects the tachograph, the officers carried out a test drive. When the flash drive was plugged into the diagnostic socket, various indicators on the dashboard switched on and off and the tachograph showed ‘rest’ all the time. After disconnecting the device, the tachograph functioned correctly.

As the driver acted in violation of the Road Transport Act, he was given a fine of PLN 2,000 (420 pounds) – “for not registering with the tachograph on the driver card the indications on the vehicle speed, driver activity and distance travelled”. The truck tachograph and external equipment were secured and handed over to the ITD inspectors in Łódź together with the prepared documentation.

For connecting a prohibited device to the tachograph, improper operation or disconnecting an approved and technically efficient tachograph, resulting in not recording the driver’s activity, vehicle speed or distance travelled, using a prohibited device intended for counterfeiting or falsifying data recorded by the tachograph – a fine of a total amount of PLN 17,000 (3500 pounds) may be imposed,” reads the press release of the City Police Headquarters in Łódź.

For all those who try to use prohibited methods to falsify tachograph records, this is a clear warning that any fraud will sooner or later be detected and punished.