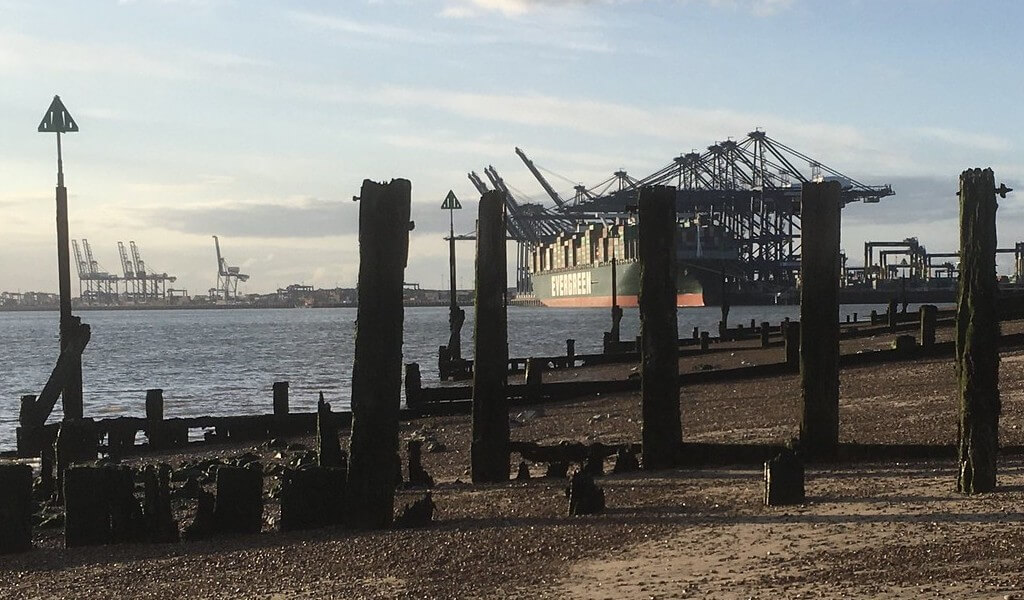 Problems at the Port of Felixstowe have exacerbated yet again after one of the world’s largest shipping lines opted to introduce a $150 per container surcharge on cargo.

French shipper CMA CGM, who are still trying to overcome the cyber-attack that hit them at the end of last month, implemented the surcharge last Thursday on the basis that operating costs at Felixstowe had „significantly increased” in recent weeks.

Just over a fortnight ago, both CMA CGM and Maersk had to tell their customers that they would not to be able to return empty containers to Felixstowe for a number of days. The congestion problems were reportedly caused by a number of different factors; a „disastrous” migration to a new in-house terminal operating system, plus a huge increase in container moves ahead of the Golden Week in China, as well as staffing issues and reduced container moves per hour at the quayside.

Then a week later, hauliers alleged that problems at the port could even delay Christmas deliveries and cause severe financial harm to companies already suffering from the pandemic.

The Ipswich Star report that firms from Suffolk believe the port hasn’t provided enough slots for lorries to enter the port to load and unload freight. The situation has allegedly been like this for a few months now, with the problem peaking after lockdown as freight volumes rose.

Unfortunately, for the Port of Felixstowe, „when it rains, it pores” – at least at this moment in time. On top of all the challenges they had already been grappling with, CMA CGM’s announcement of a $150 per container surcharge has compounded the port’s problems.

Meanwhile, it is hoped the UK’s £200 million port fund could be used to improve the infrastructure at Felixstowe – especially given the further challenges presented by the country’s departure from the European Single Market.

As for CMA CGM, the French shipping giant revealed today that they are still mobilising to restore all of its information systems following the aforementioned cyber-attack. CMA CGM did nonetheless receive a boost on Monday thanks to rating agency Standard & Poor’s (S&P) upgrading their outlook from positive to negative, as well as credit their rating from B- to B+.