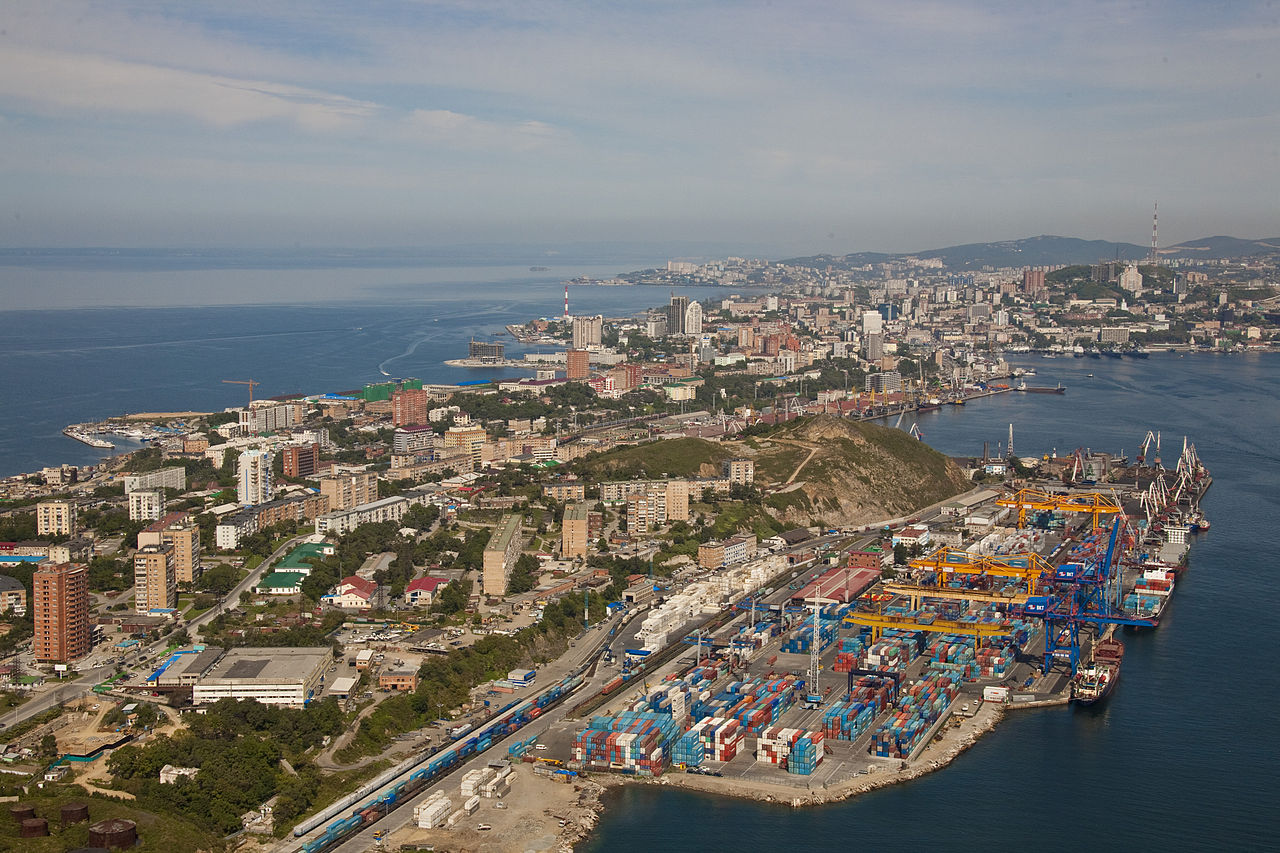 This decrease is seen across industries, with Manufacturing, Chemical, Oil & Gas down 33%, Retail down 35%, and CPG and F&B down 57% over the same period. (See below). 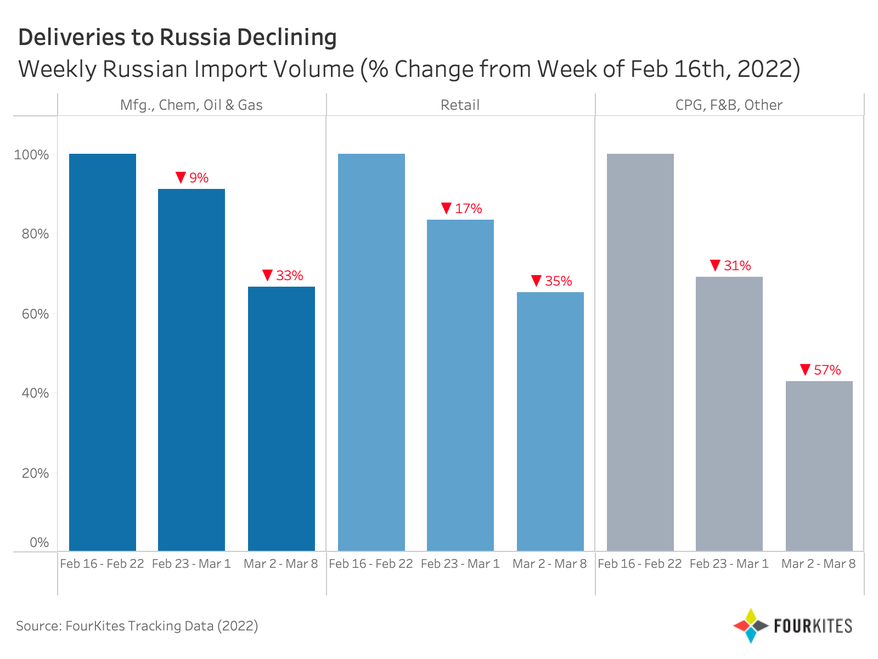 Delays in LTL shipments to Eastern Europe have decreased over the past week too, but remain 7% above the week before the invasion. 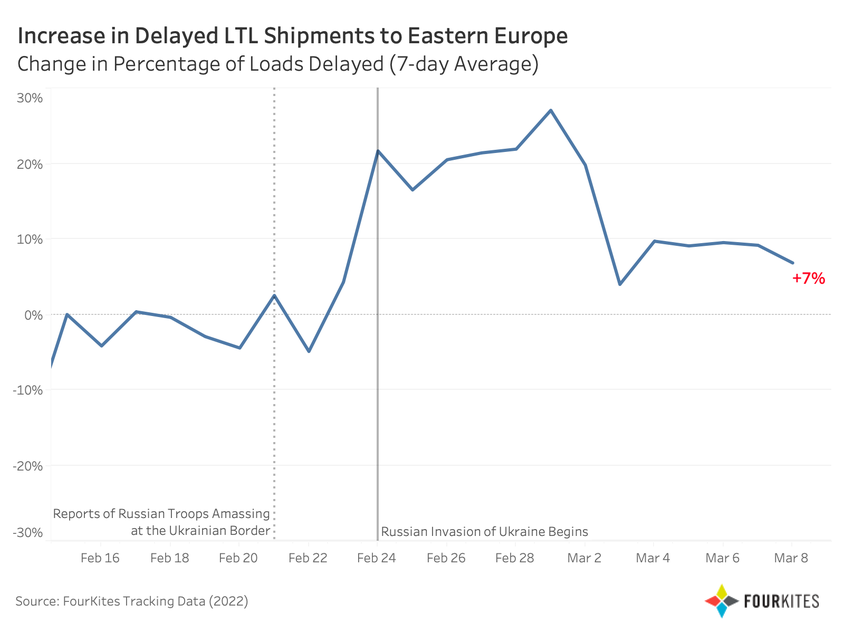 As for ocean dwell times, they continued increasing over the last week. 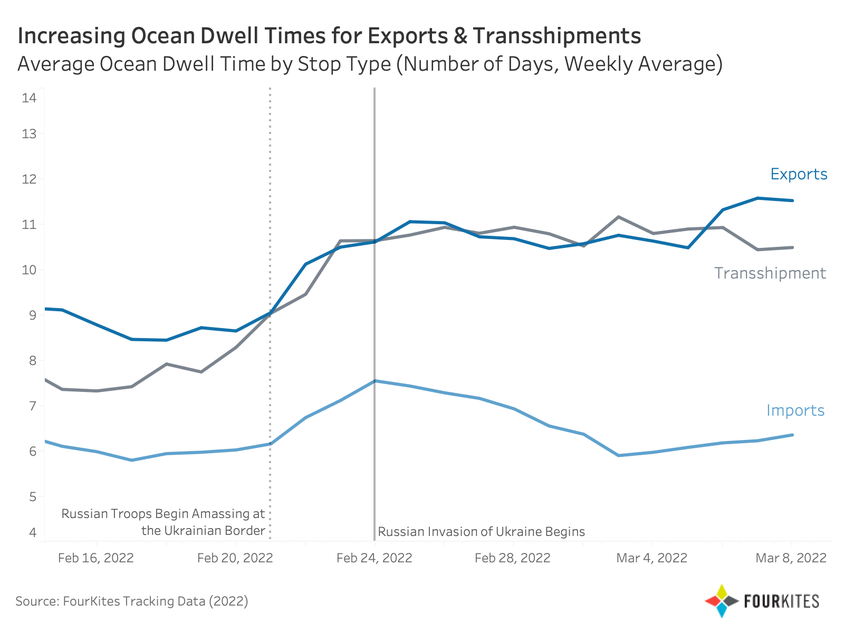 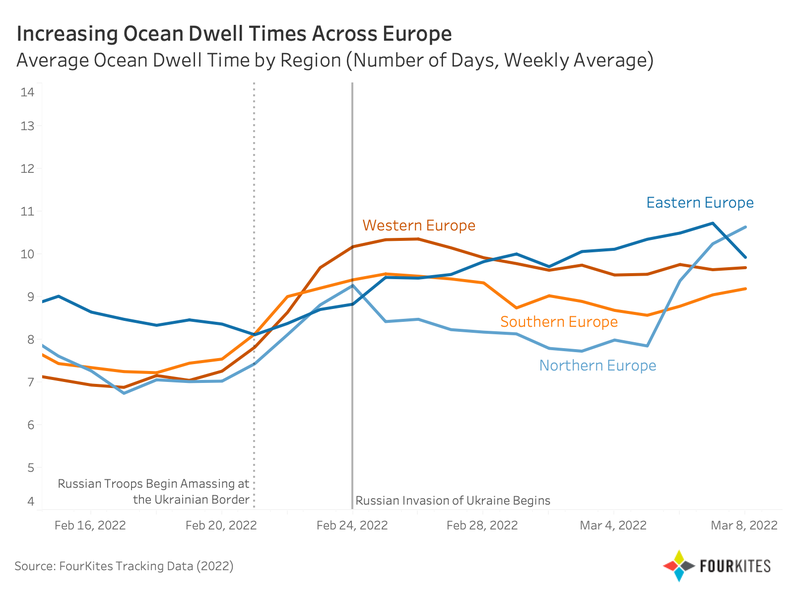 Finally, as the supply chain visibility provider explains, over the past week, ocean dwell times at European ports increased the most for Manufacturing, Chemicals, and Oil & Gas, where dwell times are up 15% week-over-week and up 30% when compared to 17 February. 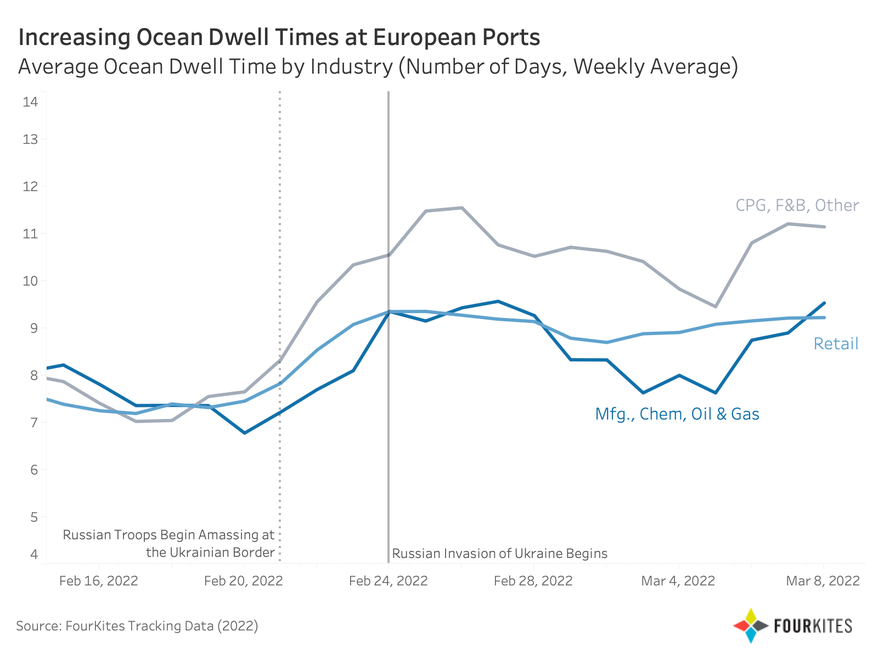