A lorry driver got a shock while driving on the A60 near Mainz on Tuesday. In the process of closing the passenger window of his truck, he saw a snake had somehow managed make its way onto his blind spot mirror and remain hanging there as the lorry sped down the motorway. 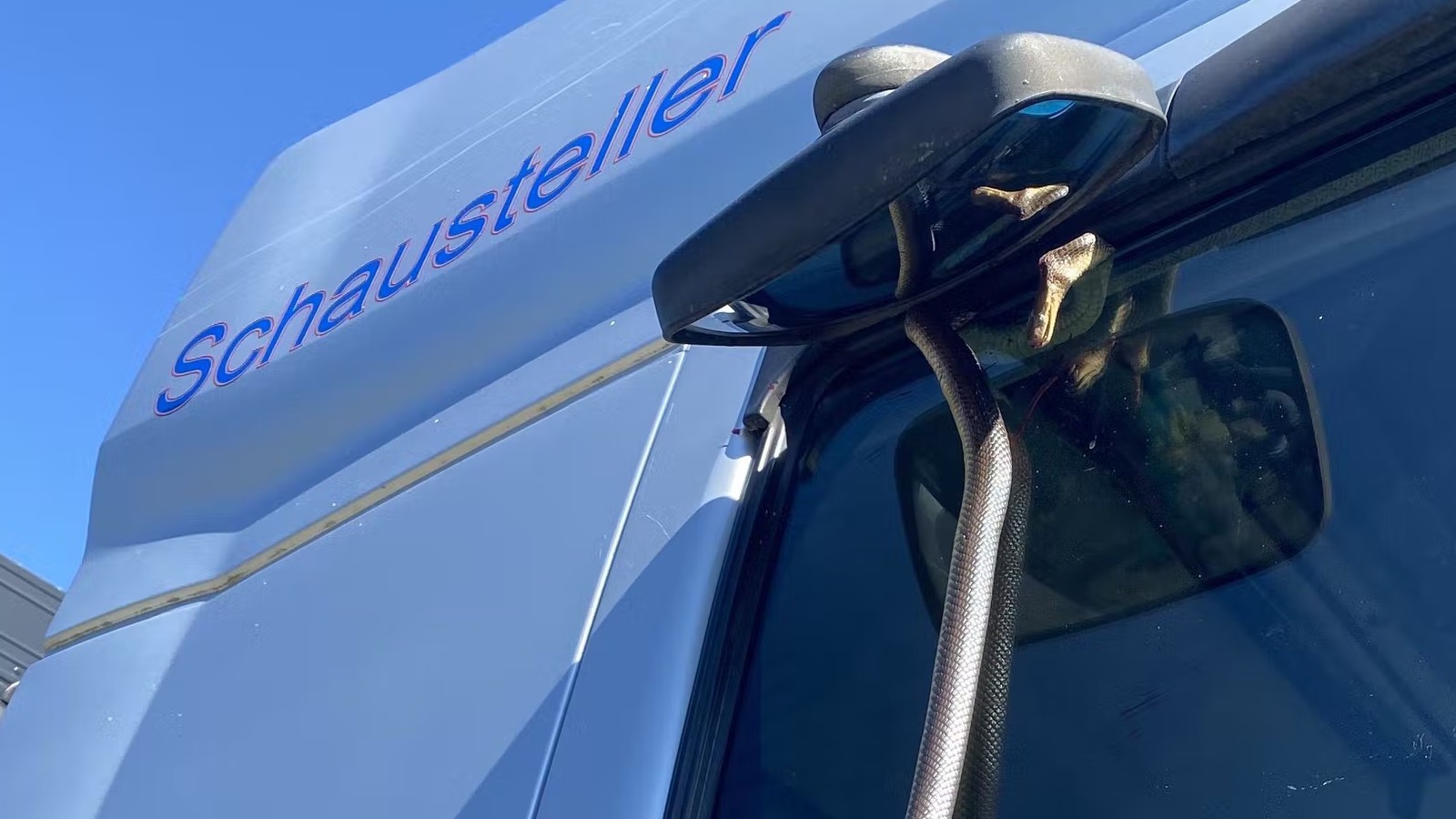 In a statement, Heidesheim police said they were contacted by driver at the earliest opportunity.

After seeing the 1.5m-long long snake, the truck driver headed straight for the next parking area and made the call. 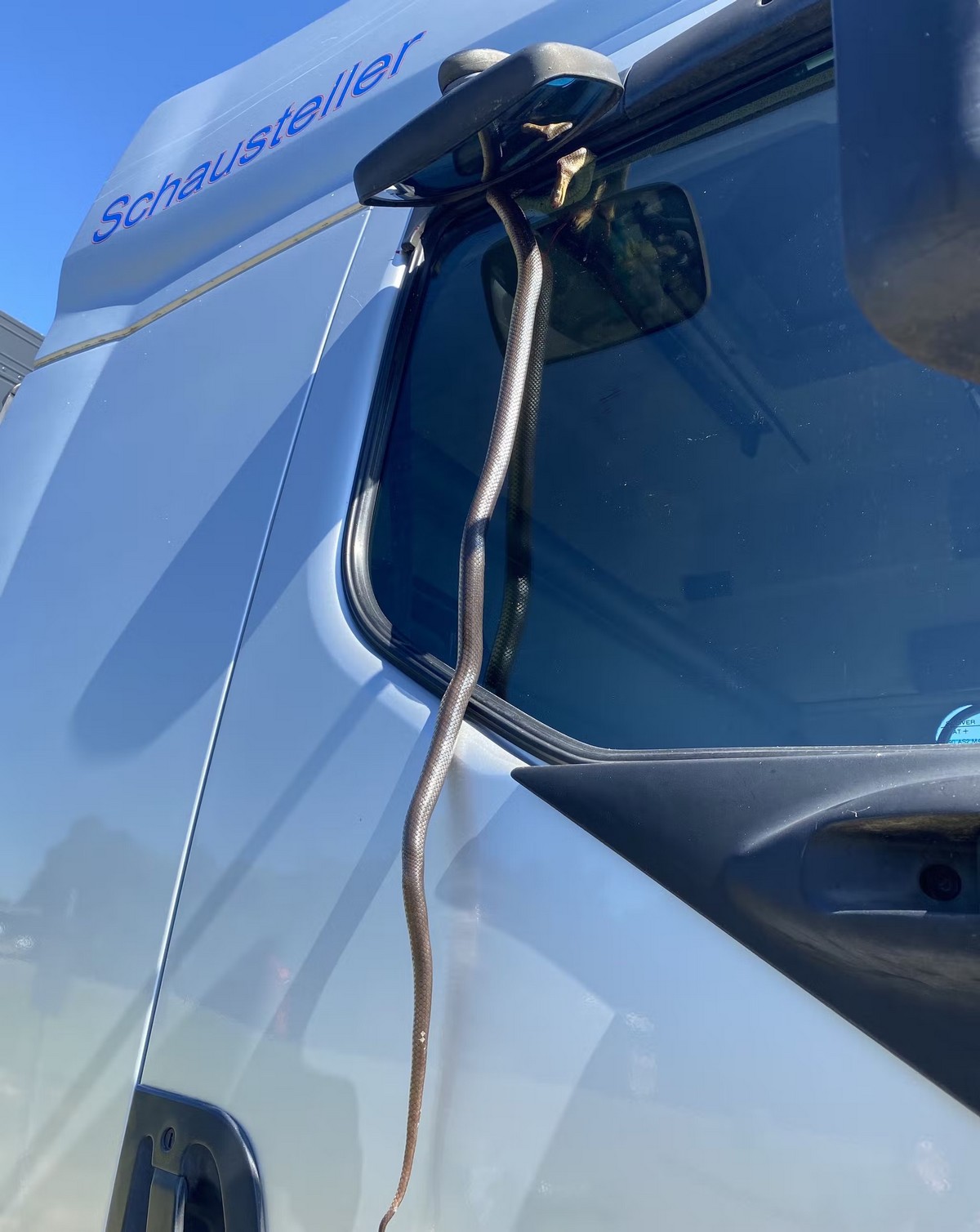 Officers determined the snake did not belong to any dangerous species, and called a vet to take a look.

As it turned out, however, the snake did not survive must have been a wild ride.