With just a £4,000 credit card payment, UK customers can pre-order a Tesla Semi all-electric HGV. Aside from UK-based customers, the option in Europe is only open to Dutch and Norwegian markets. However, no one yet knows when the final product itself will be delivered. 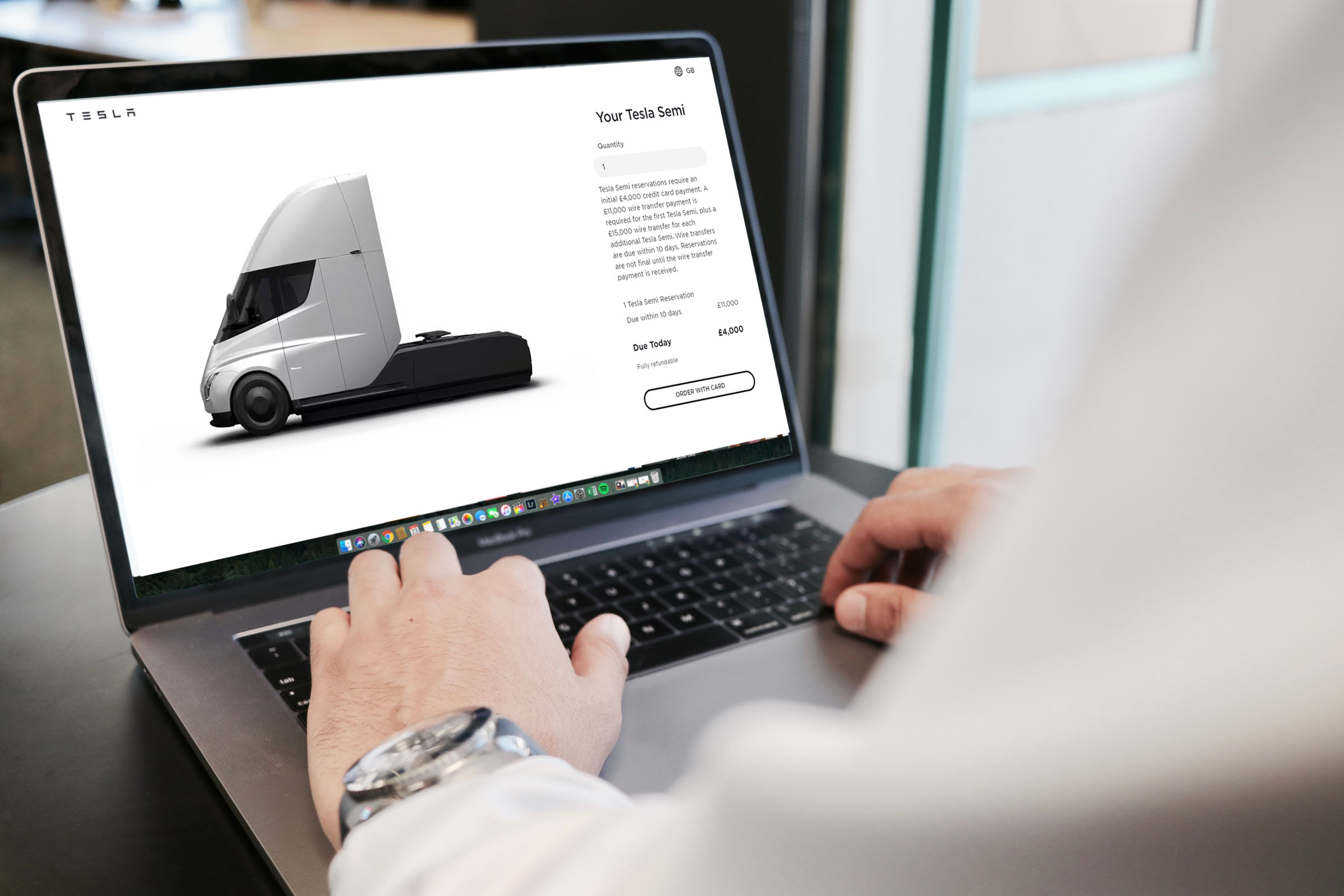 Tesla is finally accepting public orders for its all-electric battery-powered Class 8 semi-truck, called Semi. According to the company’s website, customers need to pay £4,000 upfront to reserve a lorry which should be followed by £11,000 transfer payment within 10 days. Once that wire transfer is complete, no refund can be claimed.

Tesla revealed its plans to produce an electric lorry back in 2017, when an emission-free heavy goods vehicle still seemed a bit far-fetched.

The hype was huge around the announcement and soon companies like Walmart, UPS, FedEx, Pepsi, DHL, and even the Lithuanian Girteka Logistics placed a reservation for the vehicle. Hungary’s Waberer’s also announced it would be happy to test the lorry first in Europe.

Five years have passed since, and companies like Scania, Volvo Trucks and DAF have already started producing electric trucks. Even so, we still don’t know when Tesla’s Semi is going to be shipped to customers.

Of course, the media has been speculating about the possible timing of the relaunch and after company founder Elon Musk hinted that 2023 will see a “massive wave of new products”. That has led many to think that the model should roll off the production line next year.

Why would anyone transfer £15,000 for a truck whose production is uncertain? According to Tesla, its Semi model is going to be the safest truck to date, the quickest to accelerate from 0-60 mph (20 seconds) and with the lowest cost of ownership.