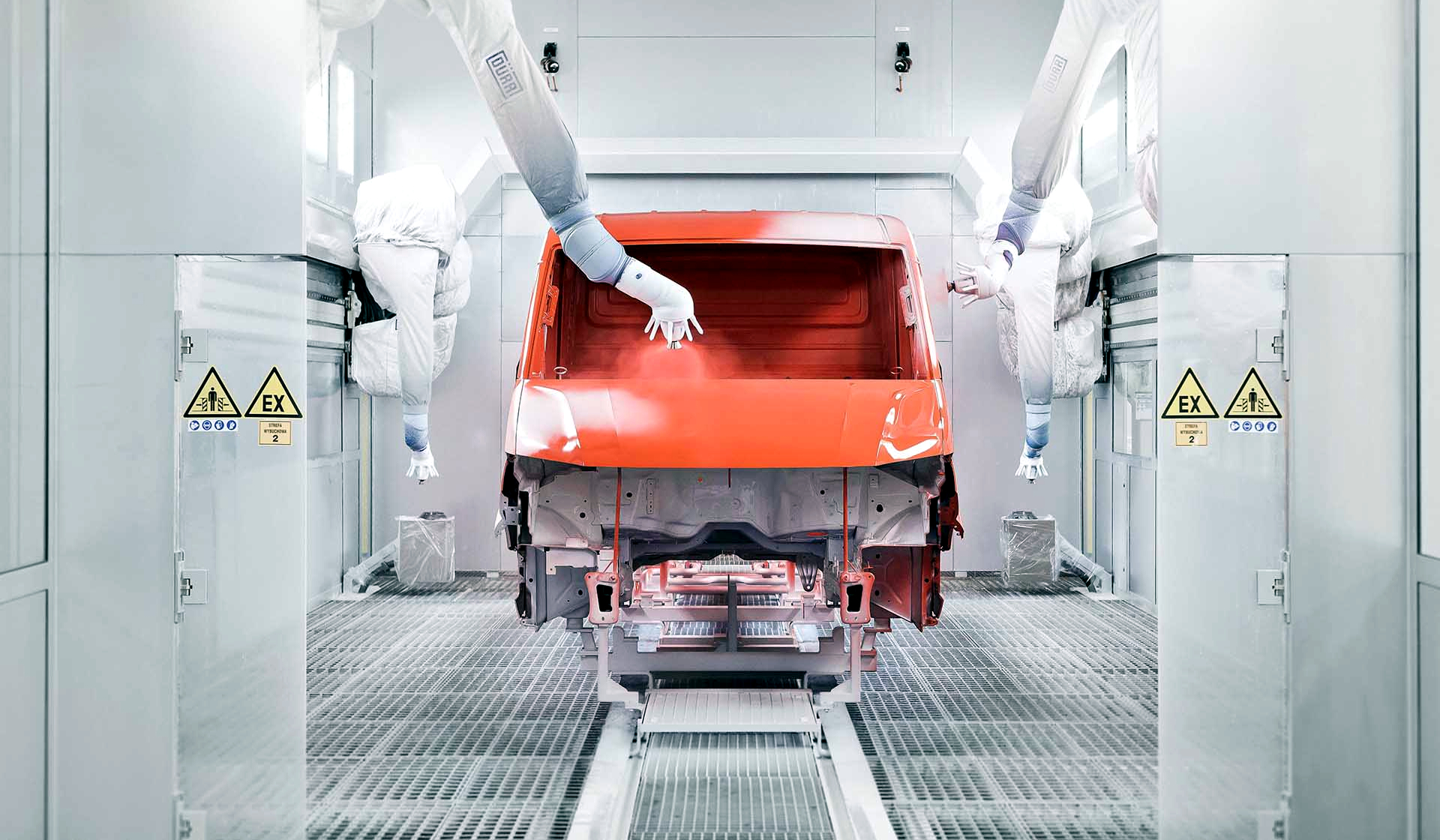 Due to the coronavirus epidemic and disruption of the component supply chains, an increasing number of factories are halting their production. The vast majority of truck manufacturers in Europe have suspended production. This means that many carriers operating in the automotive industry will temporarily lose their orders.

The automotive sector is one of the most sensitive to supply disruptions, as it relies on just-in-time deliveries, i.e. stocks of components and parts in production plants are limited in this model. Due to the pandemic, which is causing serious problems in supply chains and is also posing a health risk to workers, many vehicle manufacturers have decided to temporarily stop production. Such a decision has already been taken by DAF Trucks, Renault Trucks, Daimler, Volkswagen and the MAN subsidiary, Scania, the French PSA, BMW, Opel and Fiat. Polish semi-trailer manufacturer Wielton also decided to temporarily suspend its operations.

In the case of DAF, production at the plant in Westerlo, Belgium, has been gradually phased out since last Wednesday and was stopped yesterday. The Dutch factory in Eindhoven and the British factory in Leyland will come to a standstill next Monday. As the manufacturer explains, the reason for the suspension of production is both the lack of parts and the fears of employees. Other departments responsible for activities such as service provision, product development and marketing are to continue their normal activities.

This week, Renault Trucks has announced the closure of its four production sites in France until further notice: Lyon, Bourg-en-Bresse, Blainville-sur-Orne and Limoges. The sales and R&D staff at Renault Trucks work in a home office mode.

Yesterday evening the majority of Volkswagen factories were shut down. Production has been suspended for at least 10 days. In this way, the manufacturer wants to reduce the risk of further infections.

We will do everything we can to protect our employees and stabilise our business,” said Alexander Seitz, CFO in Wolfsburg.

Despite a decline in new truck registrations across the EU and economic uncertainty about the coronavirus, VW wants to accelerate the development of its electric vehicle fleet this year.

Scania also plans to stop work at most of its European production sites. The shutdown will take place by Wednesday 25 March at the latest and is due to a shortage of components and serious disruptions in the logistics and supply chain as a result of the spread of COVID-19 in Europe. The manufacturer expects to resume production within the next two weeks.

Daimler interrupted most of its production on Thursday for an initial period of two weeks, with the possibility of extension depending on the development of the situation, due to the increasing coronavirus pandemic. The decision is also related to the problem of global supply chains, which the company is currently unable to maintain in full.

The Polish semi-trailer manufacturer Wielton also temporarily stopped production. The company from Wieluń has suspended its operations in factories in France and Italy.

Following the French Government’s decision, Fruehauf was obliged to temporarily close down its production plant. Fruehauf, like many other production sites in France, is forced to cease production and close down its plant because it cannot guarantee compliance with the rules laid down by the government to ensure the health safety of its workers,” informed the company in a press release.

Due to the shutdown of such a large part of automotive production plants, carriers fulfilling regular orders for automotive companies have remained or will soon remain unoccupied. To make things worse, other industries, such as the furniture industry, are also slowly halting production. Polish furniture manufacturer Forte has announced that it will suspend work in all its plants from 24 March to 6 April. Dębica has also suspended its production activity for 2 weeks, from 21 March to 3 April.