Hungarian logistics services provider Waberer's has announced the purchase of 570 DAF XG tractor units. As a “VIP client," the company has already received the first 5 vehicles before the series production officially starts next month. 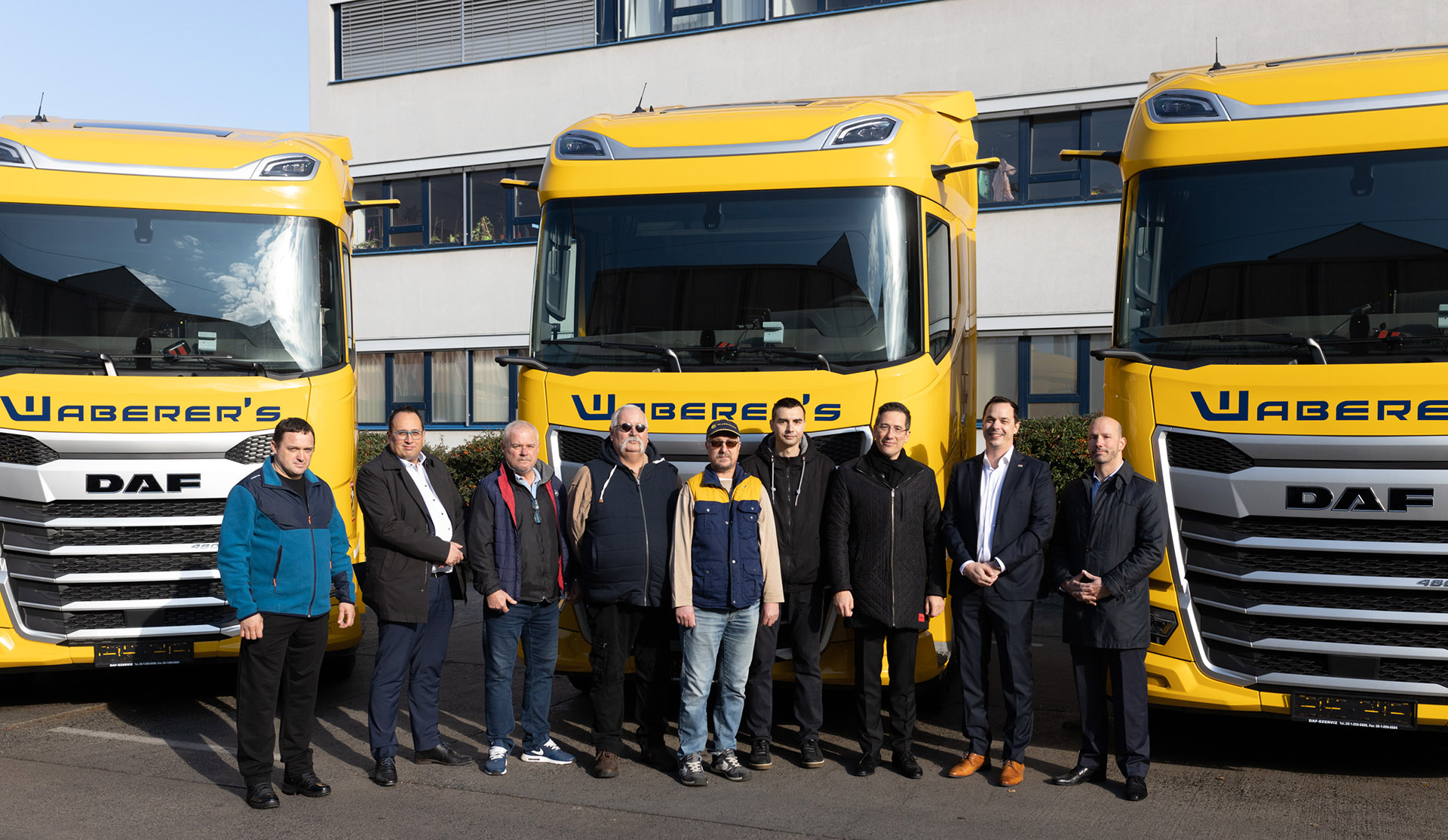 In a statement, Waberer’s said that by the second quarter of 2022, the rest of the order will be integrated into the Hungarian company’s domestic and international fleet. Some of the lorries will also be utilised by its Polish subsidiary, Link.

“The new investment is the next step in our fleet replacement program, making us one of the first in Europe again, as the average age of the Waberer’s Group’s largest heavy vehicle fleet will be reduced to 2 years,” says Zsolt Barna, CEO of Waberer’s International Plc.

Barna called the trucks, renowned for having a larger cab, a “drivers’ dream”. Indeed, the large cab is one of the reasons why the company chose the XF. Besides emissions and fuel savings, it was important for management “to provide the highest level of comfort for drivers”.

“The new XF, XG and XG + models offer the highest quality, 10% improved fuel efficiency, a full range of passive and active safety features and the highest level of comfort for the driver. Series production of the new generation DAF will begin in December 2021. Before starting production of the series, we offered some of Europe’s leading hauliers and logistics companies the opportunity to try out the new generation of DAF. We have been working with the Waberer’s group for many years, so we are handing over 5 new XG tractors today as part of our key customer program, ” said Péter Gavallér, Managing Director of DAF Hungary Kft.

DAF is the first European truck manufacturer to launch larger cab tractors that meet the new EU standards. The new XG range has an extra 330mm space at the rear of the cab, making it the biggest on the market. The cab floor is set 125mm higher than the XF, and there is a 50mm step in the middle. Standing height is either 1980 or 2220mm.

Fleet reduction and then optimization

According to the group’s financial report, Waberer’s fleet consisted of 2,768 HGVs in the third quarter of 2021 – as a result of the severe fleet reduction through which the management was trying to resurrect the loss-making company. In 2018, Waberer’s had 4,450 trucks, three years later that number is almost half.

By 2021, however, Waberer’s had successfully stabilized its financial position: it had gone from a minus to a plus, and it wasn’t just thanks to regional contract logistics as before; by the third quarter, the international transportation segment was already turning positive. This is partly due to the reduction in the fleet, but also to the strategic changes introduced in the last two years.

In September, the group was the first in Hungary to start testing an electric Volvo tractor, and now more than 500 new DAF tractors are coming to the company.