Haulage associations from Lithuania, Poland, Bulgaria, Romania, Hungary and Croatia have all vented their anger over the truck return obligation rules in the new EU Mobility package. However, interestingly, the letter wasn't signed by Česmad Bohemia, the Czech haulage association. As it turns out, the Czechs are at odds with most other new EU accession states as it appears they are on the whole satisfied with the new rules. 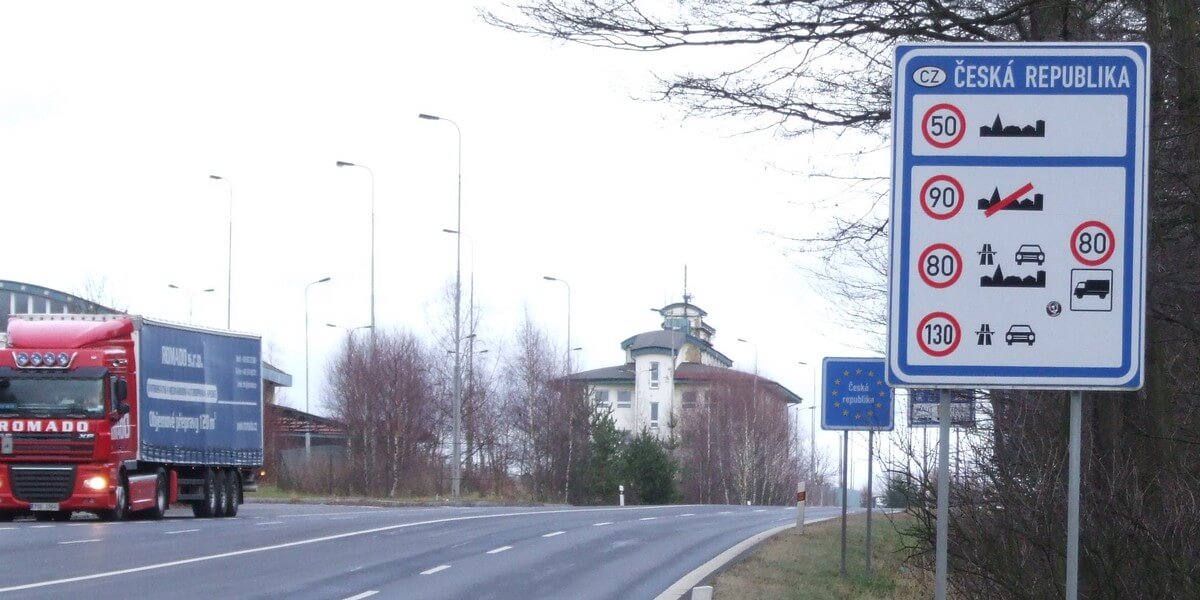 As we reported earlier this week, haulage associations from Lithuania, Poland, Bulgaria, Romania, Hungary and Croatia signed an open letter to the EU Commissioner of Transport to call for the “urgent need to revise the return home of trucks requirement” in order to “avoid proved negative effects on the functioning of the EU road transport market, as well as on the ambitious EU Green Deal and Fit for 55 goals.”

The road transport associations all bemoaned the rules, which they say will cost the industries in those countries millions.

However, the Czech haulage association didn’t sign letter, and actually seems to be content with the outcome of the EU Mobility Package. Although it admits Czech carriers have lost a competitive advantage, it believes that the reduction in bureaucracy and improved driver conditions will make the change worthwhile.

In a statement on its Facebook Page, Česmad Bohemia said that the obligation for trucks to return every 4 weeks “will affect some companies in the Czech Republic,” but added “the long-term stay of vehicles and drivers abroad is not a common business model in our country.”

The association then went on to state that it believes the return truck obligation will help to retain drivers amid the challenges created by the driver shortage:

“Especially in light of the driver shortage, their requests a for regular return home cannot be ignored. The measures are supposed to aimed at the so-called ‘nomadic drivers’, mainly from the Balkans, who carry out transports outside their home country for several months straight,” reads Česmad Bohemia’s statement.

One of the reasons the haulage association appears content with the Mobility Package is the exceptions it managed to negotiate regarding international bilateral transport operations, limited additional activities of loading and/or unloading, transit through the territory of a Member State without carrying out any activity of loading or unloading, and the initial or final leg of a combined transport operation.

A fragment from a recent European Council document, embedded below, shows an example of how one of those exceptions will work. 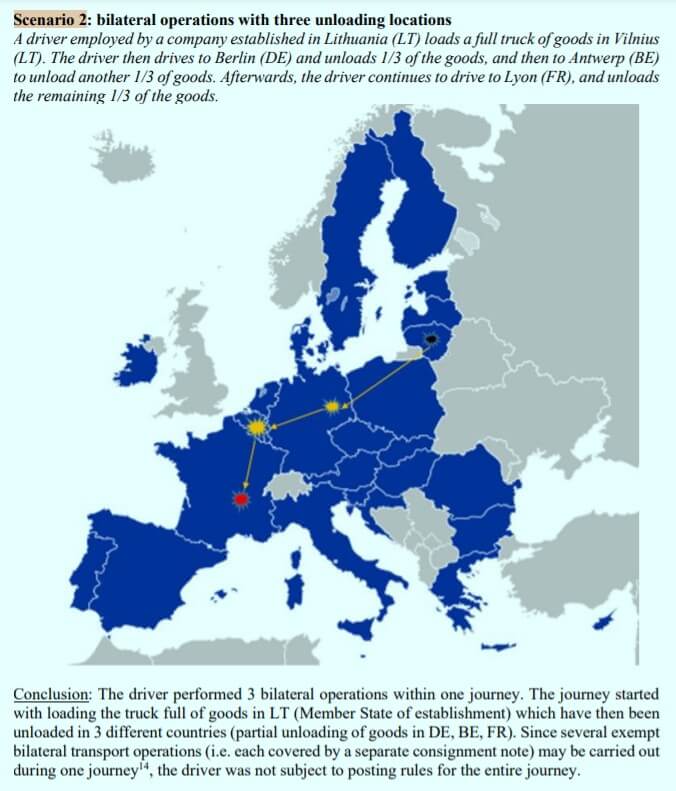 Commenting on why this exception was key to Czech hauliers, Česmad Bohemia wrote:

“From February 2nd this [bureaucracy and confusion regarding minimum pay requirements in different member states] will greatly end and the exceptions for bilateral and transit transport will begin to apply. Drivers will thus not fall under the Mobility Package directives, and such transports are dominant among Czech carriers. This applies to both truck and bus drivers. On the contrary, cabotage and third-country transport will fall under the directive, unless it is about loading goods. In this case, at least the obligations of the carrier will be unified when registering drivers before international transport in the European IMI system. It is a compromise, but our carriers will no longer have to deal with different regulators for reporting or monitoring [minimum wage rules] such as Germany’s MiLoG, France’s Loi Macron etc. For all EU states there will be one uniform system with one carrier account.”

Another aspect the Czech haulage association is satisfied with is the stricter regulations regarding lighter vehicles. Česmad Bohemia said the new rules, which require companies who transport goods internationally via van to designate a Transport Manager, were negotiated thanks to the efforts of its former President, Vladimír Starosta and MEP Martin ě Dlabajová among others.