Container rate increases slow down. Is the price madness over? 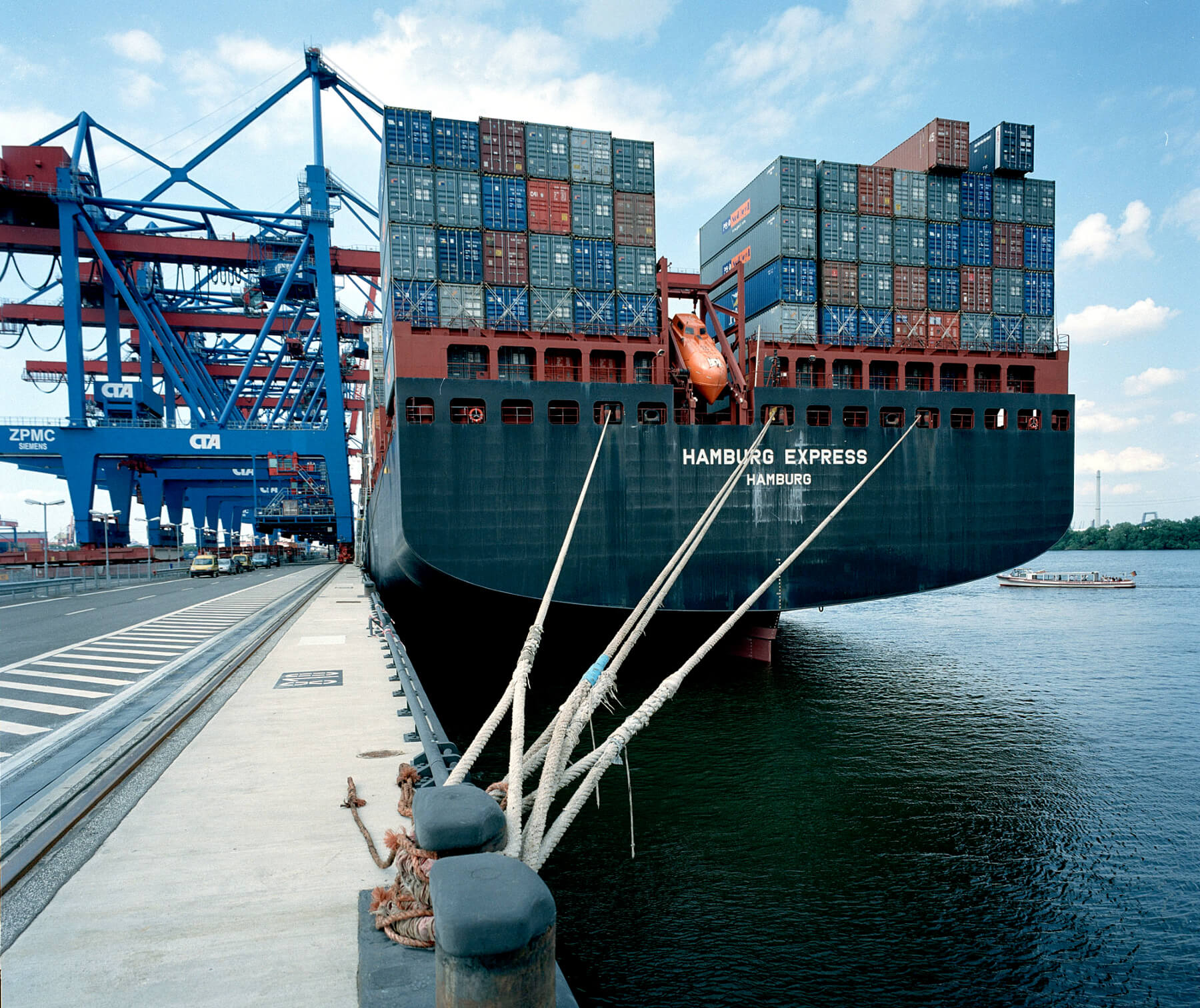 Container rate indices rose marginally last week after wild jumps in recent months. There were even some minimal drops in indices on the route to Northern Europe.

Frightened by the frantic rise in sea freight prices, importers are hoping for any sign of a potential price reduction. Last week, for the first time in several months, there was a breath of optimism from the market.

Drewry’s World Container Index (WCI) reached $5,238 at the end of last week, up barely 0.5% from the previous week. This is a significant slowdown as the WCI index jumped as much as 19.8% in the first seven days of January. This drastic increase was mainly due to the situation on the Shanghai-Rotterdam route, where rates skyrocketed by 34% week-on-week.

Now, however, there has been a correction on this route. The index last traded at $8,815, down 1% from the first week of the year. On the other hand, the index rose on the route from Shanghai to Genoa, yet this increase of 0.4% is barely noticeable compared to the frenzy of the first days of January. Back then, the index for routes to Italy rose by 18% in one week.

The Shanghai SCFI index showed a very similar trend last week. It also rose by 0.5%, reaching $2,885. Similarly to the Drewry’s WCI, the index for the route to northern European ports fell 0.9% to $4,413. The slowdown in growth was also observed on the route from China to the Mediterranean ports, where the value of the index fell by $1 last week (i.e. remained virtually unchanged).

Despite this braked growth of indices on routes to Europe, rates are still at astronomical levels when compared to 2019 or early 2020 prospects. The cumulative WCI index is 194% higher compared to the corresponding week of 2020. And on the Shanghai-Rotterdam route, despite last week’s drop, the index is up 284% year-on-year. 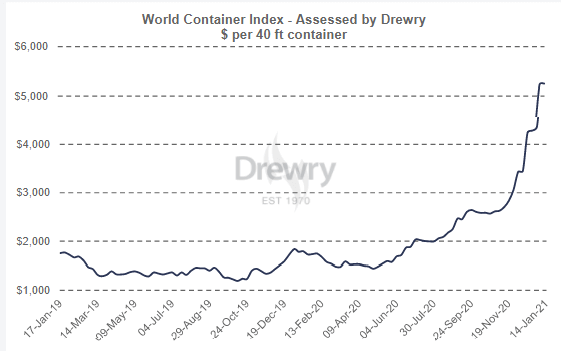 It is worth noting that the actual rates are much higher than those represented by the index. This is because carrier margins are being added to them, along with ever newer transport guarantee charges. Last week, digital ocean freight platform Xeneta reported that shippers are already reporting rates in excess of $10,000 for a 40’ container from China to Europe.

Freight forwarders believe that carriers have exaggerated their demands, leading to astronomical price increases over the past two months. For many importers, buying products in China at current rates is no longer profitable. It may be that once the current stream of orders arrives, some importers will start looking for new sources of supply, and demand for imports of some products from China will collapse.

Shippers are wondering if last week’s stunted growth signals a drop in rates for the spring. Or is it more of a minor correction after the burst of indices in the first week of the year? The general feeling in the market is that rates should not start to fall until after the Chinese New Year celebrations, which begin on 12 February (and could last as long as 2-3 weeks). A fall in prices is not expected until after the Chinese festive season, although some say prices will not fall until the end of Q1. A source quoted by logistics portal Theloadstar.com said that rates will indeed fall after the Chinese New Year, but it is still expected that on routes to Northern Europe, actual prices for a 40’ container will hover around $6,000 for most of the year.