Edvardas Liachovičius, CEO of the Girteka Group, has given his thoughts on a number of pressing issues facing the road transport industry. In a statement published on the Girteka Logistics website, the Lithuanian transport tycoon touched on the driver shortage, rising fuel and adblue costs, as well as the mobility package. 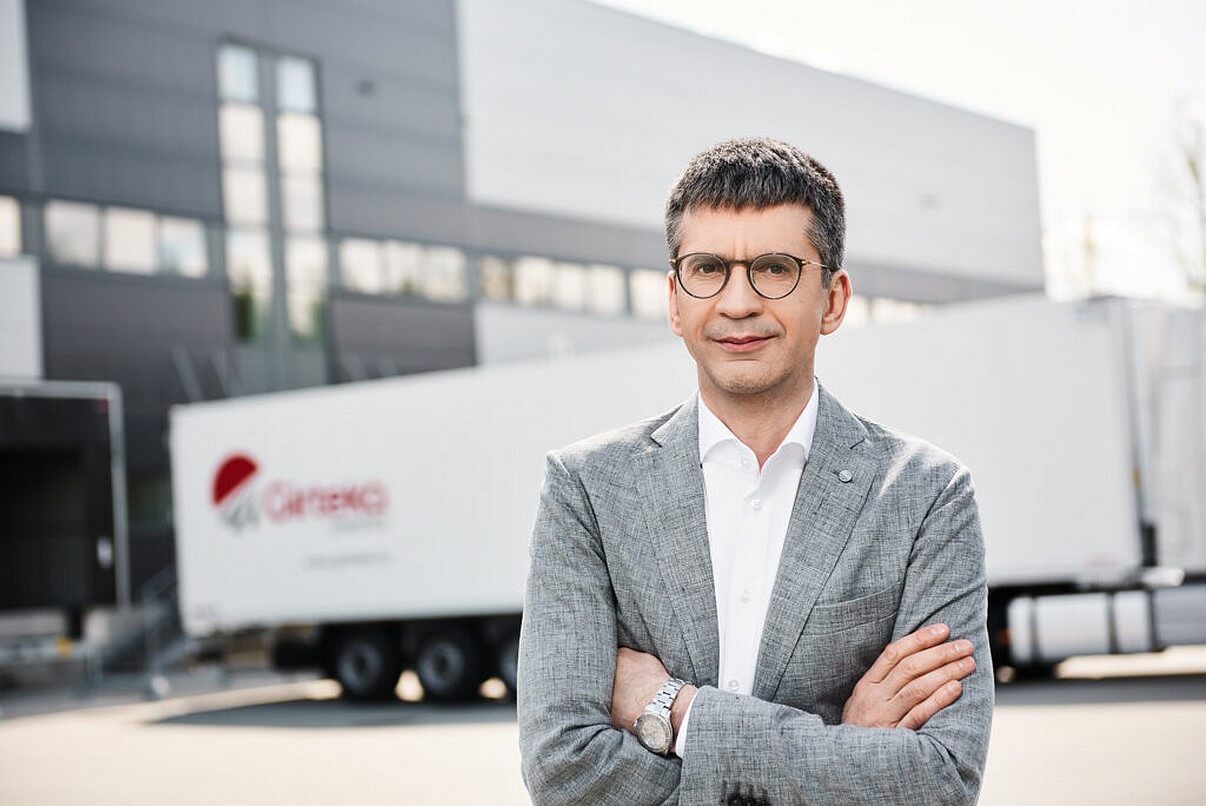 According to Liachovičius, the situation in the industry at the moment is unique in the 25 years he has been working in the sector:

“Throughout the 25 years of working in the industry as an executive, I have seen and experienced a lot of different market situations in logistics. Yet the current state of affairs is truly one of a kind – while there is a huge demand for transport services, the industry is still struggling, as truly unique economical conditions are present in Europe,” says Liachovičius.

“More than one-fifth of transportation costs are related to fuel. Combining this with the fact that, per the EC’s Weekly Oil Bulletin, fuel prices have reached and plateaued at their record-high prices of around €1,500 per 1,000 liters of fuel in the European Union (EU), with the Eurozone’s average prices being around €1,530 per 1,000 liters of fuel, the largest slice of the operating cost pie has only continued to grow. Even rising gas prices have a negative influence on the average logistics company, as the price of AdBlue has continued to climb due to the status quo with natural gas.”

When it comes to the driver shortage, Liachovičius claims his company now provides “a more comfortable environment for our drivers that eases their stress and workload.”

“Girteka Logistics has looked to proactively solve the issue by looking at the foundations of what we have to offer our potential colleagues. So far, none of our trucks are sitting idle at our transport bases and are continuing to move daily, proving that we have been successful in retaining and recruiting drivers, as well as being able to find the right solutions for our customers. While having a very young fleet of trucks means we are more efficient in terms of our costs, we also provide a more comfortable environment for our drivers that eases their stress and workload.”

He adds that wages have also gone up for drivers:

“we had to look at their earnings and raise them several times over the course of the year to remain a competitive and attractive employer.”

The road transport boss also repeated the claim that 70% of his company’s workforce have recommended working at Girteka Logistics to their friends and their relatives.

Finally, another issue that Liachovičius offered his thoughts on was the mobility package. In his opinion, the measures will improve working conditions for drivers. Unlike some Lithuanian hauliers, Girteka Logistics does not seem to concerned about the effects of the new package. Liachovičius stressed that Girteka Logistics’ new base in Poznan would help in this regard, bringing the company closer to its customers:

“Further regulatory changes are also coming in 2022, as the EC Mobility Package will include new rules for transport companies. They will, undoubtedly, improve the working conditions of our colleagues on the road. While potentially it could result in higher transportation prices, Girteka Logistics has been preparing for the changes and made the decision to expand its presence in Poland, allowing us to be closer to our customers with our expanded presence in Western Europe.”

The comments come following another year of commercial success amid accusations of labour law breaches and frequent road transport violations.

On the commercial front, the company announced in June that its 2020 profits had reached €23 million – double what it earned in 2019. This has given major banks sufficient confidence to offer the company as much as  €700 million in credit. The company ended up taking up €145 million in credit in order to invest in a large number of DAF trucks and Schmitz Cargobull trailers. On top of that, the company has plans to move into a shiny new HQ with numerous amenities including a library, gym and a restaurant. If that weren’t enough, a new base in Poznan is also waiting in the wings.

However, the company has also had to bat off a host of allegations – namely those contained in a an award-winning but shocking documentary covering Lithuania’s road transport sector. The company also denies accusations from the Norwegian Truck Owners Association that it was guilty of multiple cases of illegal cabotage. Moreover, DVSA data from 2020 shows sister companies of Girteka Logistics were responsible for as many as 291 violations of drivers’ hours rules in Britain. More recently, the company also had to apologise after a business nextdoor to one of its Polish bases complained about Girteka Logistics drivers camping in their cars.