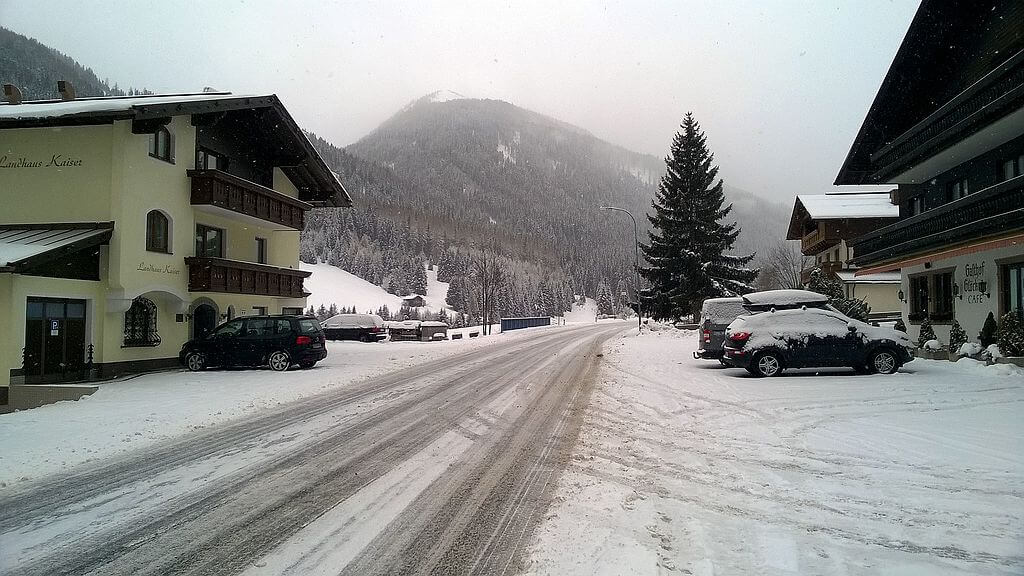 Heavy snowfall over the weekend has caused plenty of disruption to roads in the Austrian mountains as well as in parts of Slovenia. A number of roads are still affected and you can find a list of them below.

The winter snow over the weekend predominantly hit the Austrian regions of Carinthia and Tirol. Since Sunday morning, heavy snow and rain has seen 300 firefighters called out across Carinthia to deal with a number of problems. In the East Tyrol area, the authorities even announced a level-4 avalanche risk.

Many localities remain without electricity and many of them cannot be reached because of closures to mountain roads.

In addition, some major road connections were also closed this morning, reports the Austrian news portal nachrichten.at. This includes Großglockner Straße (B107) and Mölltal Straße (B106), which are impassable in several places due to avalanche danger. Moreover, Kötschach-Mauthen is only available to emergency vehicles, while Iselsberg does not have a route between Carinthia and East Tyrol.

Those hoping to use the Plöckenpass towards Italy will only be able to do so using snow chains. However, some other roads also have this requirement, as you will see in the list below.

According to the information provided on an ongoing basis by the ÖAMTC, the Austrian automobile club, the following roads are currently impassable due to snowfall:

Obligation to wear snow chains due to black ice and snowfall:

Road closures and restrictions in Slovenia

Segments of the A1 and A2 motorways (the sections between Senožece and Nanos in the direction of Koper, respectively between Lesce and Radovlijca to Austria) have been closed due to road accidents involving cargo transport.

Other sections of national roads (e.g. in the northwest of the Gorenjska region) were closed for the same reason. The Fernetiči (Italy) and Starod and Jelšane (Croatia) border crossings were closed for cargo over 7.5 tonnes.

Traffic on a section of the motorway between Ajdovščina and the Nanos intersection has also been restricted.