Volvo’s Iron Knight – the fastest truck in the world 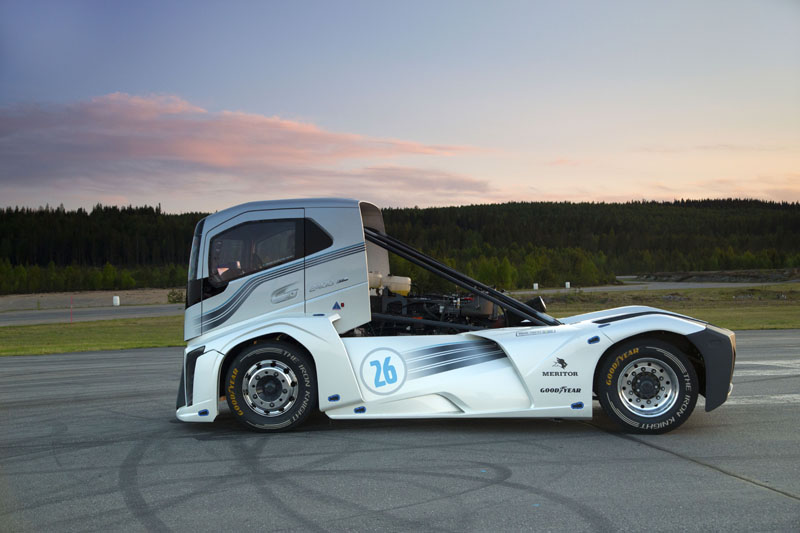 Volvo Trucks’ The Iron Knight has been the world’s fastest truck – twice. It beat the speed record in the standing-start 500- and 1000-metre categories.

The record-breaker is custom-built in every respect. The only exception is the engine and the series-manufactured I-Shift Dual Clutch transmission. Volvo’s Iron Knight has 2,400 horsepower, 6,000 Nm of torque and a weight of 4.5 tonnes. Therefore, the truck has a power-to-weight ratio above 0.5 hp/kg.

What makes the truck so fast?

The electronics has been kept to a minimum to lower the vehicle’s weight. Moreover, the software has been re-programmed for high performance. The truck’s cab is also aerodynamically optimised and made of fibre-glass. Finally, its side skirts have large air intakes to supply the engine with cooling air.

This shows that our I-Shift Dual Clutch transmission has enormous potential and that it does not let you down under extreme conditions. The fact that the world record-breaker uses the very same gearbox that is found in our series-built FH trucks is something that we’re really proud of,” said Claes Nilsson, President and CEO of Volvo Trucks after the glorious result.

Specialists from several different Volvo Trucks departments worked closely together to develop a truck with unsurpassed performance. Apart from Volvo Trucks’ power train, which is the heart and soul of The Iron Knight, we’ve hand-built the truck from the ground up. The fact that we succeeded in securing not just one record but two is absolutely amazing,” says Olof Johansson, a technician at Volvo Trucks.

The record run was carried out at a closed-off test track in northern Sweden. At the time of publication, the records are being reviewed by the FIA, the international motorsport association.

Behind the wheel of The Iron Knight was Boije Ovebrink. The Swede has more than 30 years’ experience of both car and truck racing. He had previously beaten five speed records and in 1994 was European Truck Racing Champion.

Volvo Trucks’ The Iron Knight can be summarized in one single word: perfection. It’s beautiful to look at and is an unparalleled powerhouse when you floor the accelerator. This is the third record-breaking truck I’ve driven, and I can’t think of a better follow-up to (previous record trucks) Wild Viking and Mean Green,” says Boije Ovebrink.

However, ROUSH announced in 2019 that its NITEMARE F-150 was the fastest production truck ever. This is based on a comparison to 0-60 mph production vehicle test data published by U.S. automotive magazines in June 2019.

The Nitemare features a ROUSHcharged 5.0L V8 producing 600 horsepower and 557 lb-ft of torque. It is the truck’s 0-60 mph time of 4.2 seconds that earned it the title of “World’s Fastest Production Truck”. However, all things being said, how could a 4×4 be compared to a truck? 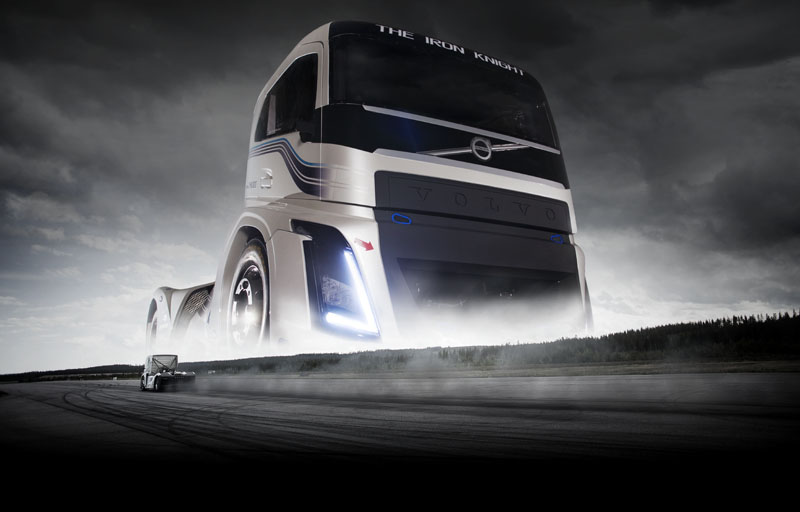