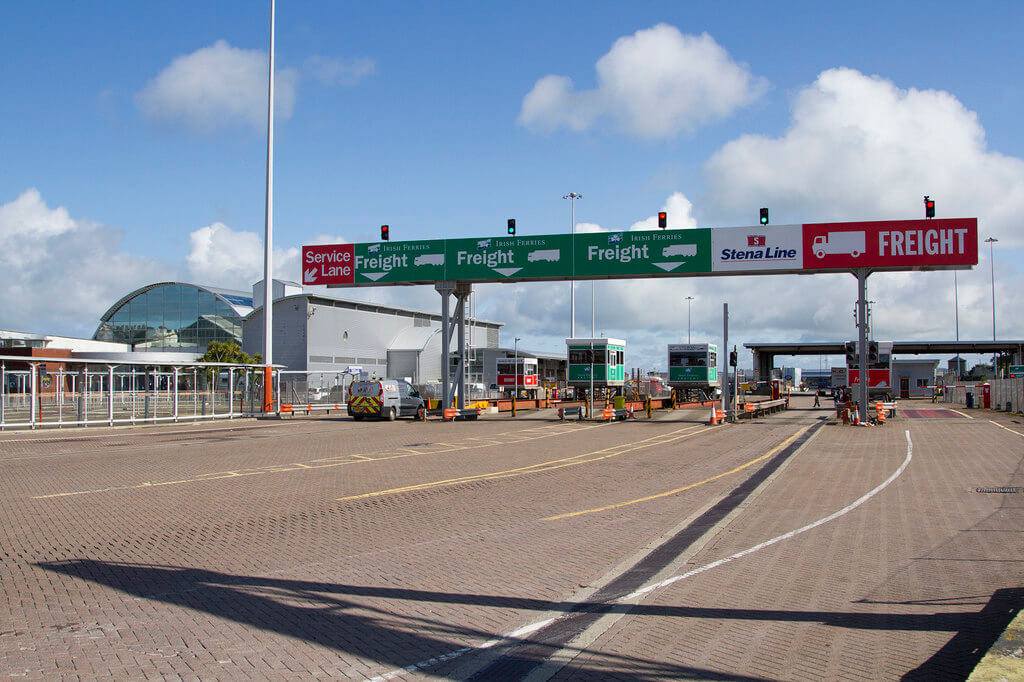 As local authorities in Holyhead haven’t yet designated a place for Brexit customs procedures, lorries arriving from Ireland going to a destination in Wales will have to drive to Birmingham or Warrington to go through customs. The detour could add an extra 100 miles per journey.

After the end of the Brexit transition period on January 1st 2021, trucks from Northern Ireland are to undergo customs procedures when they arrive on the British mainland.

However, authorities at Holyhead port, which is the busiest port in Wales that specialises in road freight, haven’t managed to agree on a suitable place for a customs post. Therefore, lorries will need to travel into England to go through their customs duty processes, sources have told North Wales Live.

It is reported that either a depot at Appleton Thorn, near Warrington, or a site in Solihul near Birmingham would be the designated customs post for lorries arriving at Holyhead.

Due to the implementation of the UK Government’s 3-step introduction of customs controls, some inbound lorries won’t face any checks until July 2021. However, more than a thousand lorries arrive or leave the port of Holyhead everyday according to statistics provided by the Welsh government. Therefore, unnecessary extra miles and traffic on the motorways will be noticeable.

Meanwhile, Irish hauliers are going to have the option to avoid the route through the UK landbridge from January 1st 2021, as Irish Ferries and Stena Lina has joined forces to provide daily ferry services for trucks from Ireland to France and back.

This is good news for the Irish hauliers, but perhaps not so desirable for the Welsh economy. The new services are expected to result in much less traffic coming through the Holyhead and Fishguard ports in Wales.

The Deputy Minister for Economy and Transport in Wales, Lee Waters, commented online that it would mean “Brexit uncertainty” was “directing hitting west Wales ports”.

So much for levelling up”, Waters added.