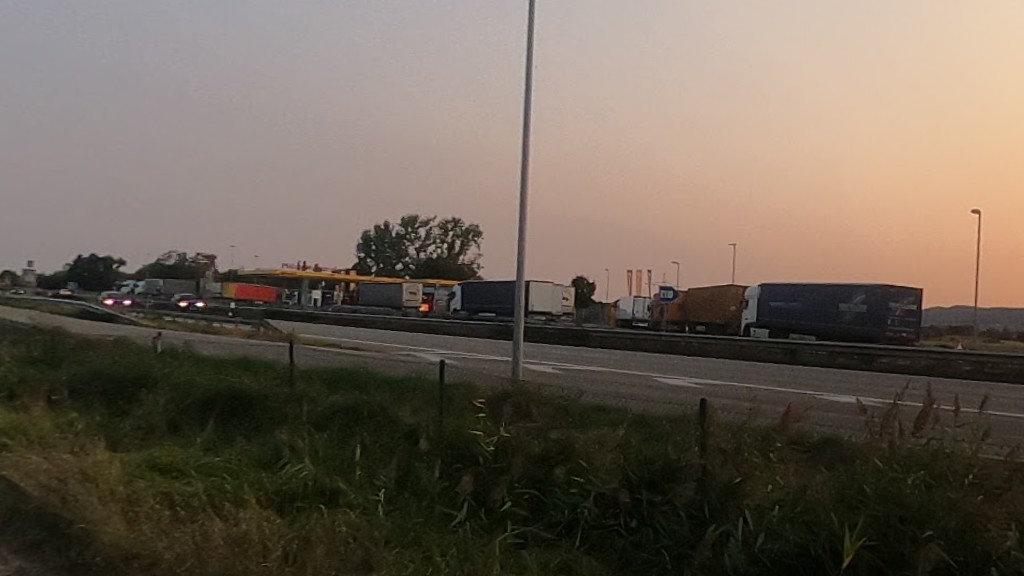 An official police statement from the Landau public prosecutor’s office and the Rheinpfalz police headquarters has confirmed that a 48-year-old truck driver has been charged with attempted manslaughter after stabbing a fellow-professional at the Pfälzer Weinstraße West lorry park near Edenkoben.

The horrific incident took place late on Saturday evening at around 9:30 p.m.

A 48-year-old truck driver attacked another lorry driver, aged 60, stabbing him in the chest and chest and abdominal area. The victim also suffered minor cuts on his arms and hands.

The 48-year-old was thwarted from doing any further harm after two other truck drivers courageously intervened and held back the attacker until the police arrived.

One of the two who intervened also suffered minor cuts and was taken to a hospital.

At the time of the stabbing, the 48-year-old was heavily drunk according to the police. A breathalyzer test was not possible, so officers took a blood sample instead.

The 60-year-old was taken to hospital, fortunately, his injuries are not life threatening.

All four men are Ukrainian citizens. The accused was brought before the judge of Landau District Court on Sunday (May 30th, 2021). At the request of the Landau public prosecutor’s office, an arrest warrant was issued on the basis of suspected attempted manslaughter. The accused was the taken into custody.

The news comes just a week after police in Austria arrested two truckers who attacked each at a Tyrol lorry park other using a knife and hammer. On this occasion, both men were drunk.