The Department for Transport's National survey of lorry parking 2022, produced by AECOM, has found that 80% of all foreign HGVs in England park on-site. The report also found a 21% increase in foreign lorries parked in England since 2017. 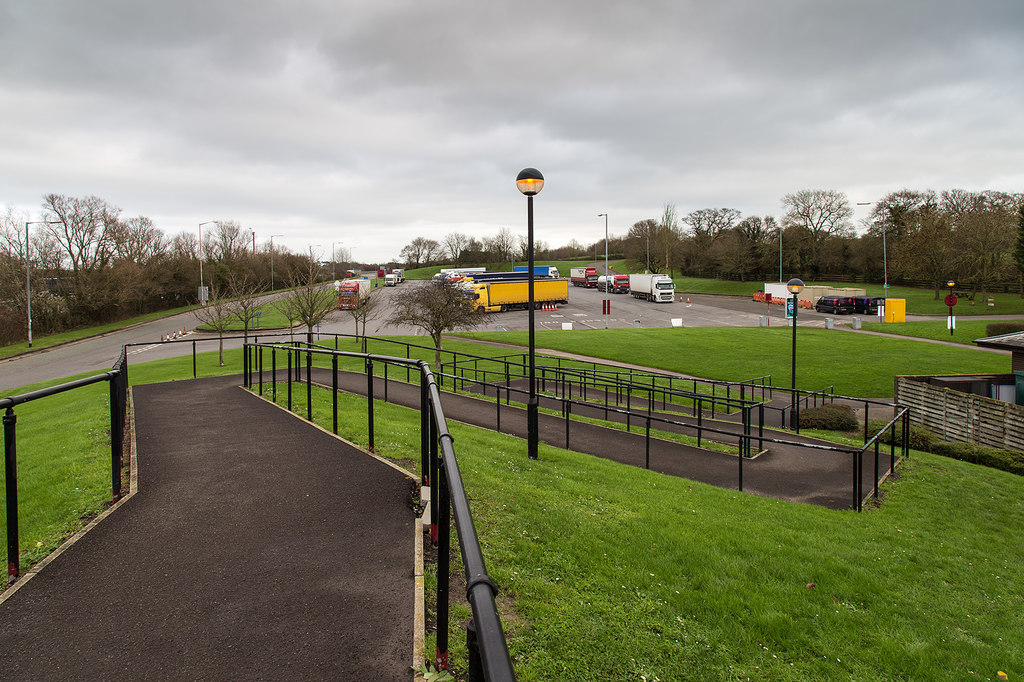 Released earlier this week, the Department for Transport’s National survey of lorry parking 2022 contains a lot of interesting data, most of which highlights the dire need for more and better lorry parking facilities in England (we shall be reporting on those findings in detail in the coming days).

Besides this, the report and the survey within it includes data regarding the parking preferences of foreign hauliers and drivers.

According to the research, non-UK registered HGVs make up almost a third (32%) of all the lorries parked on-site in England. The percentage is considerably lower on laybys (17%) and in industrial estates (13%). 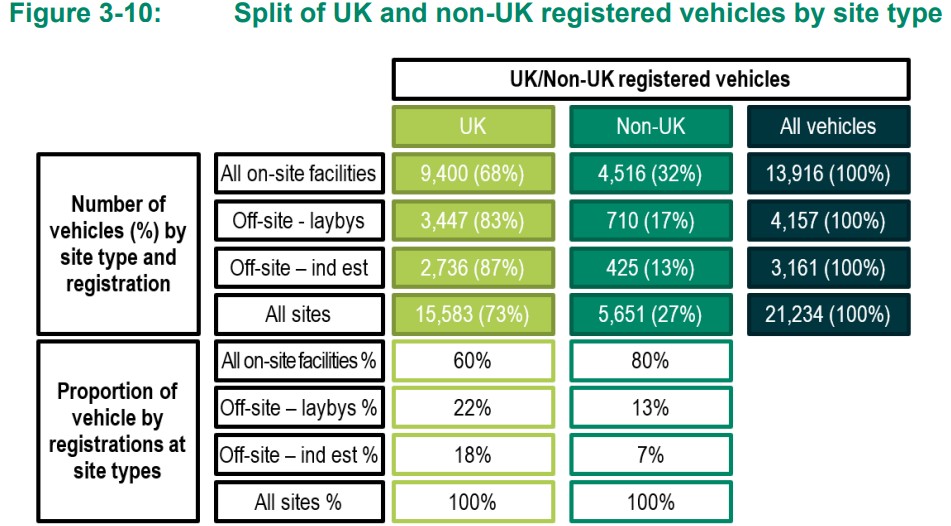 “The total number of non-UK registered vehicles observed at on-site parking facilities has significantly increased from 2,862 in 2017 to 4,516 in 2022 (Table 4-5). This represents a 58 per cent increase. In comparison, there was a 41 per cent drop in nonUK registered vehicles located in laybys and a 21 per cent drop in vehicles located in industrial estates between 2017 and 2022. This demonstrates that non-UK drivers are favouring on-site parking,” states the report.

The document also shows the South East of England is unsurprisingly the region in which more foreign HGVs are parked. Almost half of lorries parked up in the area are not from the UK.

“As far as non-UK drivers are concerned, many gravitate to sites that cater well for them in terms of food, facilities, and a chance to speak with colleagues from all over Europe. Examples include independent truckstops such as Ashford International and Junction 26 Diner just off the M25 which are popular with non-UK drivers. In the latter case, 60 of the 150 vehicles observed (40 per cent) were non-UK registered on the evening of the audit,” says the report.