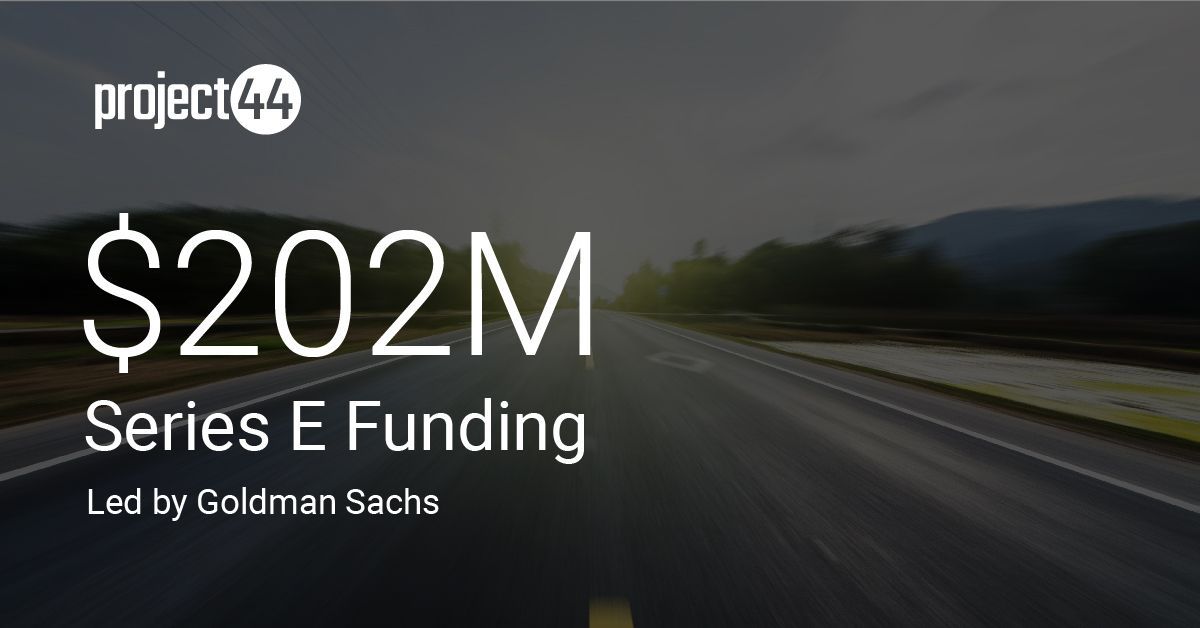 Supply chain visibility solutions provider project44 has announced another huge amount of investment courtesy of its Series E funding round, which raised a whopping $202 million. Goldman Sachs Asset Management and Emergence Capital were among the big names taking part.

The announcement follows project44’s December Series D funding round, which raised $100 million. The company, which was founded as recently as 2014, has now officially become a unicorn as it is valued at $1.2 Billion.

To date, project44 has raised $442.5 Million to improve its supply chain visibility technology, services and offering. Back in March, the company also significantly boosted its ocean freight visibility via the acquisition of Ocean Insights.

In a statement, Jett McCandless, CEO and Founder of project44, expressed his gratitude to Goldman Sachs for making the investment:

We’re grateful for the confidence Goldman Sachs and our existing investors have placed in our team as we continue to solve some of the most critical supply chain execution challenges across the globe. project44’s solutions help enterprises deal with some of the most complex supply chain challenges facing the world today. Goldman Sachs is not only a top-tier investor. It also has the network and resources to help project44 to deliver on our strategic objective of rapid expansion into China and and Asian markets. This investment will allow us to continue hiring the best talent, accelerate our global expansion and improve our products to deliver even more value to our customers.

Will Chen, Managing Director of Goldman Sachs Asset Management, also commented on the investment, and said that Goldman Sachs are very much aligned with project44’s future plans:

We are fully aligned with the vision that Jett and his team have set forth to build the clear global leader in supply chain visibility. By continuing to innovate and by further extending its global reach, project44 addresses critical pain points and brings increasing value to its customers and partners, who are among the most sophisticated shippers and logistics service providers in the world.

The company’s current investors, including Insight Partners, Sapphire, 8VC, Chicago Ventures, and Sozo, have also increased their investment in the company after participating in previous fundraising rounds.

project44 believes that the above investments underscore the rapid growth and maturation of the visibility category, which is being actively studied by sophisticated, late-stage growth equity investors. In addition, the company argues that investors recognize project44’s strong position as well as its ability to attract and acquiring other top companies in respective categories within the visibility sector.

As CEO Jett McCandless referred to in his statement, project44 intends to grow rapidly in Asia on the back of the Series E funding. The company adds that it recently announced its real-time shipment tracking services in China – giving its clients the same transportation visibility it offers across North American and Europe. The Series E funding will see project44 extend this offering by providing real-time coverage across Asia, which the company cites as a critical region for multi-modal and global supply chains.