Last week, European Union interior ministers voted to agree to Croatia's accession to the Schengen zone. However, applications from Romania and Bulgaria were not accepted, much to the frustration of both nations. The news will dismay the haulage industries from the latter two countries in particular, who have been strongly campaigning for Schengen access for some time. 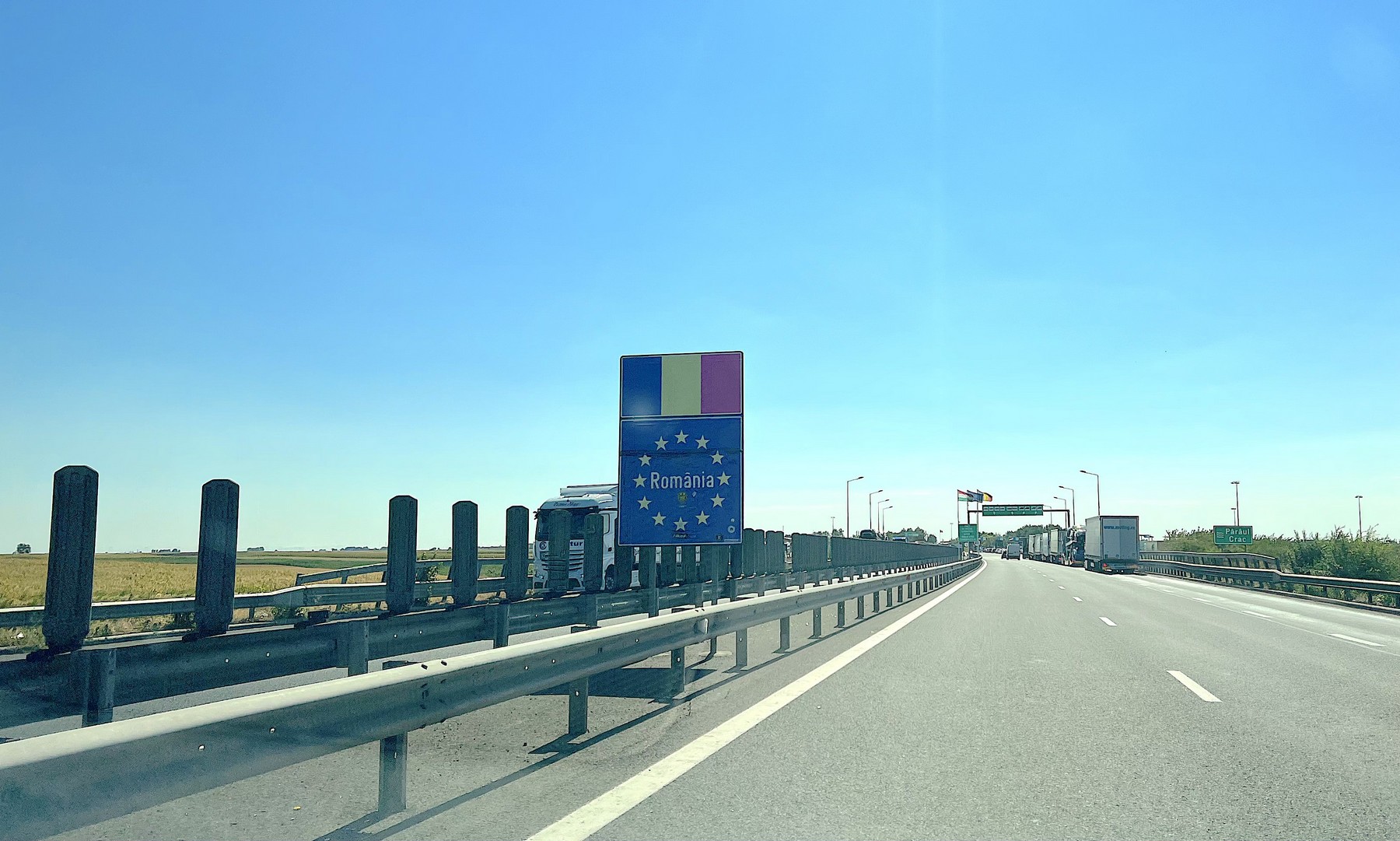 Back in October of this year, APTE 2002, a major Romanian road transport has association, urged for “relentless” lobbying to facilitate Romania’s accession to the border-free Schengen Area.

The organisation said that road transport firms based in Romania are losing anything between 18%-22% of their turnover due to border delays with Schengen neighbours Hungary.

Discordia, one of Bulgaria’s largest and most high profile road transport companies, has also spoken out in favour of Bulgaria’s accession to Schengen.

“Bulgaria and Romania are Schengen ready. Not from yesterday, long time ago. This is the only solution. We highly appreciate MEP Andrey Novakov’s initiative for legislative change to reduce queues at border crossings across Europe as well as his proposal – a truck to be checked within one minute at any border between European countries,” said Dimitar Sekulov, Director of Discordia’s International Trucking Division, speaking to Trans.INFO last month.

In addition to this, lorry drivers working for Bulgarian and Romanian countries appear just as keen for their countries to become part of the Schengen area.

In June of this year, one Romanian truck driver reached out to Trans.INFO to plead for reporting of the lorry queues at the Romania-Bulgaria border.

“Every day, at the border Calafat-Vidin,from Romania to Bulgaria and Bulgaria to Romania, the row if trucks is constantly from 7km to 24km. We are breaching our legal working hours, we are forced to drive without a card so we can keep a pause on our tacho. We need 4 days for a trip from Greece to Germany. This is unacceptable,” the driver told Trans.INFO.

Given the widespread reports of issues at Schengen borders, we reached out to supply chain visibility provider FourKites to see to what their data says about the extent of the problem.

FourKites says it has seen “a consistent impact to on-time performance for shipments traveling across the Schengen Zone boundaries through 2022 so far.”

As the tables below show, for over-the-road shipments traveling across country borders, shipments crossing the Schengen Zone had a higher percentage of delays as well as a lower average transit speed. 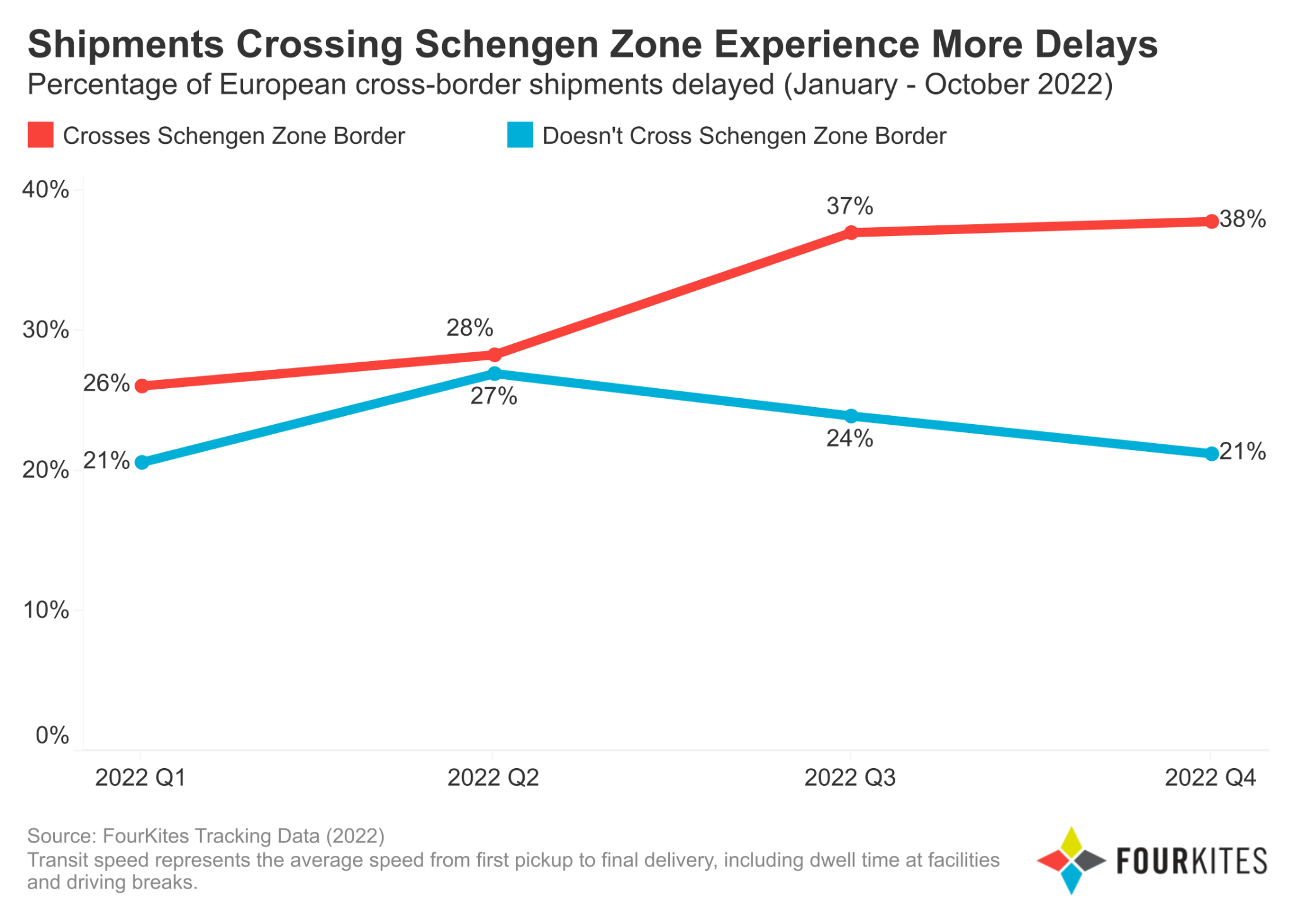 As of Q3 2022, shipments crossing the Schengen Zone boundary were delayed 37% of the time, says the supply chain visibility provider. 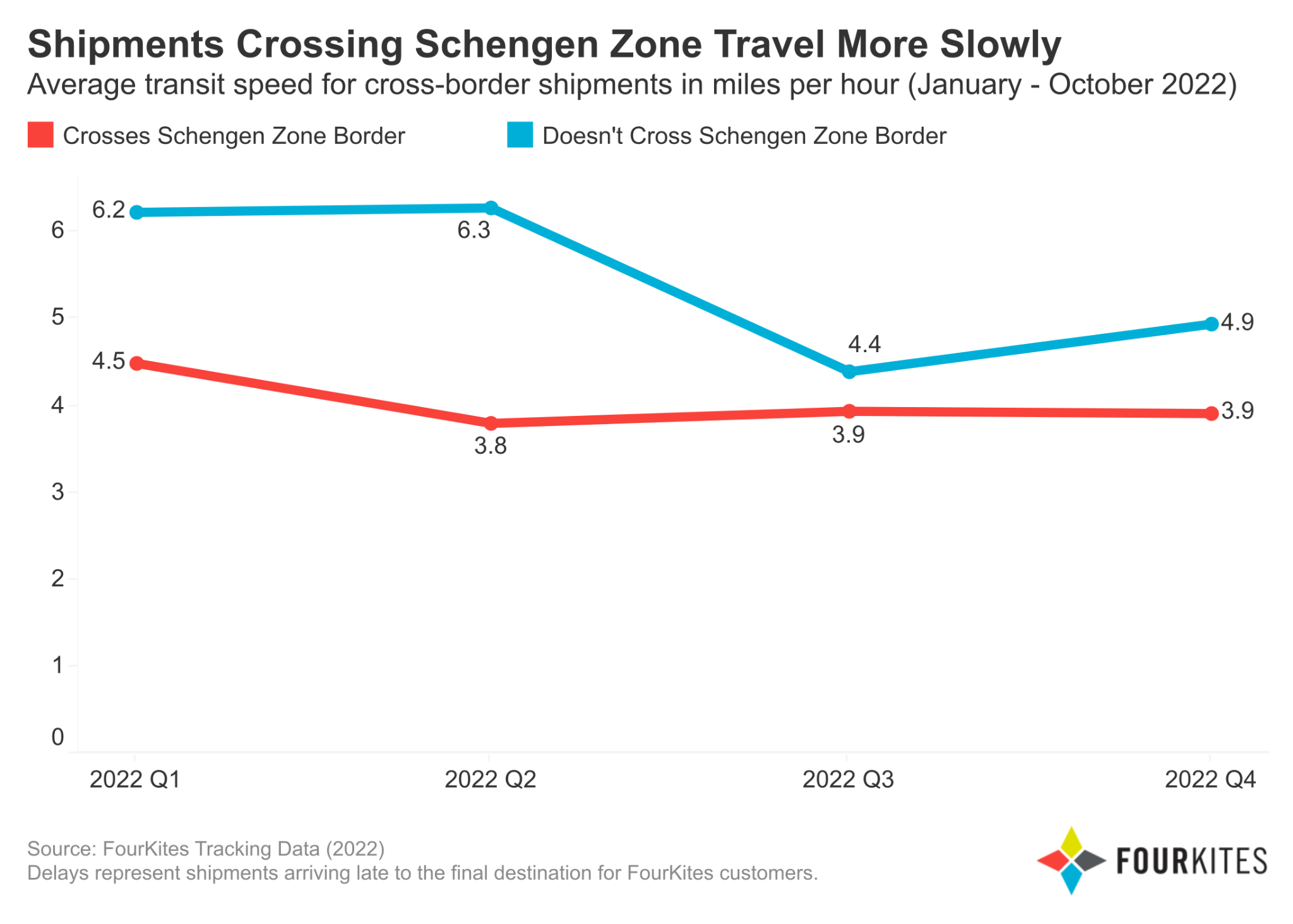 FourKites also saw a similar difference with average shipment transit speeds, with shipments crossing the Schengen Zone boundary traveling at 3.9 miles per hours on average in Q3 2022, compared with 4.4 miles per hour for shipments that did not cross the boundary.