A representative of Lithuanian road transport giant Girteka Logistics has told Trans.INFO that the company is now conducting more transport operations in the UK following the recent relaxation on cabotage rules. 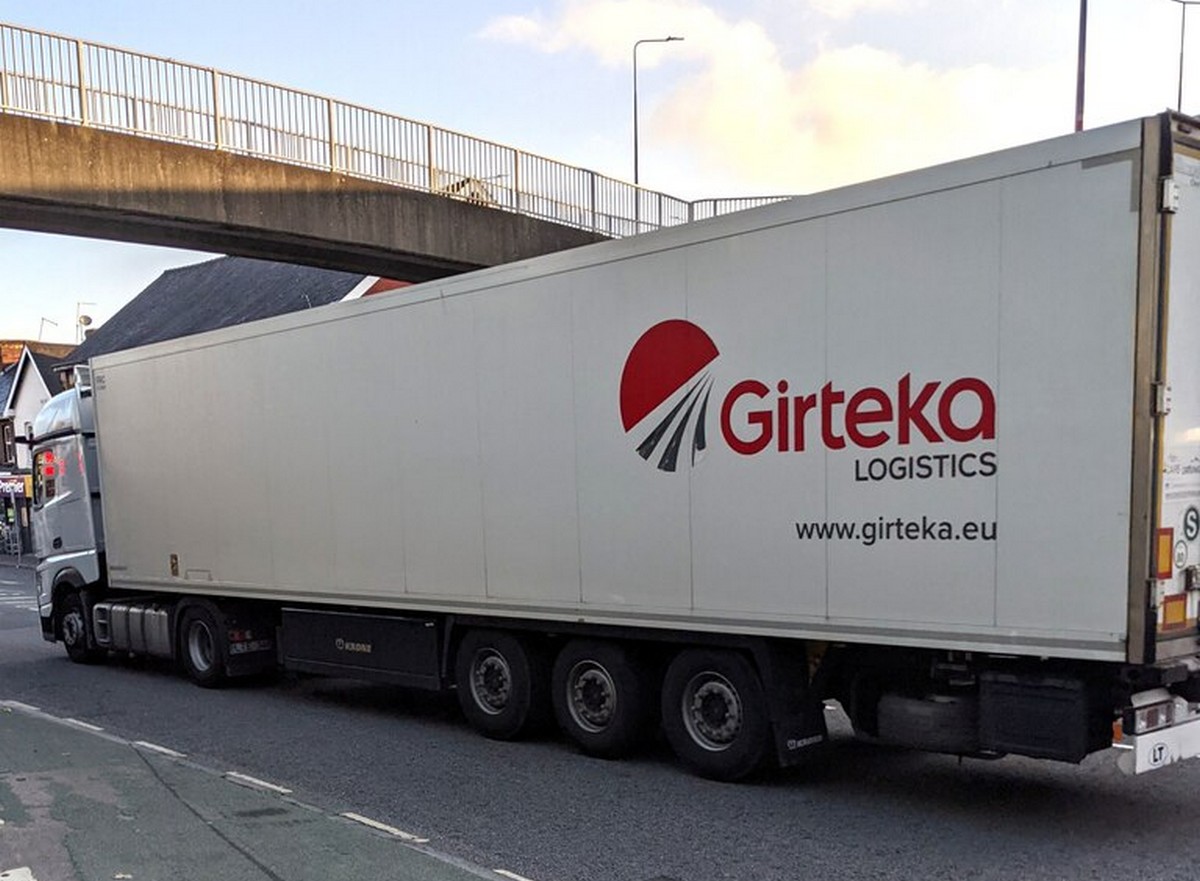 Last month, the UK Government rubber stamped its proposals to allow European hauliers to do unlimited cabotage trips in the country within a two-week period. The temporary extension is to last until end of April 2022.

The announcement prompted heavy discussion regarding the impact the move would have on supply chains and the British haulage industry. Some industry figures, including representatives of the RHA, expressed concern that British hauliers would lose business to foreign competitors. On the other hand, there were also a plenty of industry experts who stated the change would make little difference.

At this moment in time, it’s difficult to tell which school of thought has proven to be correct.

However, Trans.INFO has learned that Girteka Logistics, the largest asset-based transportation company in Europe, has “definitely increased” its workload in the UK as a result of the cabotage relaxation. The admission from the logistics giant suggests that major European haulage firms are indeed taking advantage of the new rules.

Earlier this week, the company published an interesting analysis of how Brexit has affected the road transportation market in Europe – taking on board the impact of the driver shortage, goods checks as well as the recent cabotage changes. However, the post did not elaborate on how Girteka’s business operations had evolved as a result of Great Britain’s new trading relationship with the EU.

Keen to learn if the recent cabotage relaxation has seen Girteka Logistics become more active in the UK, we got in touch with Šarūnas Stanislovėnas, Head of Sales and Marketing at Girteka Logistics’ European Business Unit.

Mr Stanislovėnas confirmed to Trans.INFO that the company has welcomed the UK Government’s decision:

“We welcomed the change of cabotage rules in the United Kingdom, as it allowed us to fulfill our customer’s expectations in the domestic market easier than it was previously. Furthermore, we now have the foundation upon which to build upon long-term agreements, until the relaxed cabotage rules will last, and provide stability for our customers in their UK supply chains that are currently experiencing difficulties in delivering goods to final consumers due to the driver shortage. For us, it’s a guarantee that sending one of our trucks will provide tangible results and that we would not have to send a loaded truck to the UK and send it back to Europe without generating any revenue either in the UK or on the way back.”

Mr Stanislovėnas also stated that the changes have seen Girteka Logistics conduct more transportation operations in the UK. The sales and marketing boss told Trans.INFO: “All in all, our workload in the UK has definitely increased.”

Despite that admission, the Girteka Logistics representative was keen to downplay the impact the new cabotage rules will have on marketing dynamics in the UK:

“Whether the rule relaxation will bring significant changes to the market dynamics in the country is doubtful. As we are now looking at a peak season when consumers are looking to spend large sums of money for gifts and other items, and the supply chains in the UK, and the EU, are having trouble fulfilling shipments due to the driver shortage, giving some “breathing room” for them is important in the short-term, as the local government looks to resolve the shortage with several measures. We have to remember that cabotage accounted for no more than 1.2% of tonne-miles pre-Brexit (according to the UK’s Department for Transport) and that some hauliers still look to avoid the UK following the country‘s exit from the European Union (EU), providing plenty of opportunities for us to not only serve our current customers but to expand our business at least temporarily.”

Interestingly, the position of Girteka Logistics appears to differ from that of another well known European road haulage firm, Waberer’s International.

Last month, a representative of the Hungarian firm told Trans.INFO that it and many other carriers would not be doing excess cabotage in the UK due to capacity issues and the need to serve their existing clients in Europe.