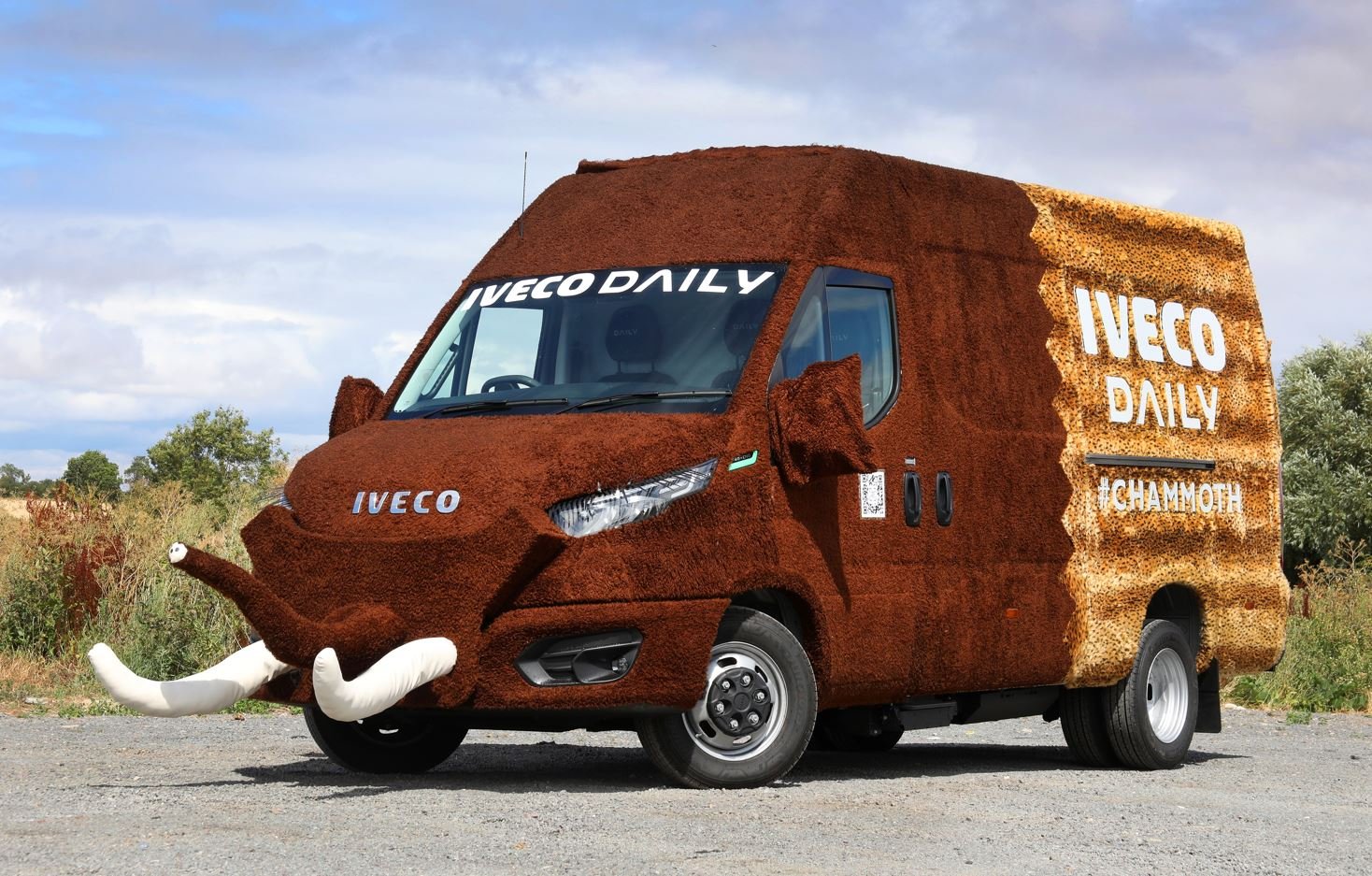 The van can carry payloads of up to 1200 kg, swallow 18 cubic metres of loads and tow up to 3,500kg. It also sports a “City Mode” to make urban manoeuvring even easier.

The van has been dubbed #Chammoth, a name whose concept combines Cheetah and Mammoth to illustrate agility and strength.

To promote the van, IVECO has decorated its new vehicle with some fake mammoth and cheetah fur, as well as a tail and even tusks. The unusual-looking van will make visits to Truckfest South East and South West, Blackpool tower, Liverpool docks, Manchester Trafford Centre and of course Stonehenge.

The IVECO Daily #Chammoth is also raising money for conservation efforts of endangered species with IVECO donating £1 to the Aspinall Foundation charity every time a member of the public takes a photo of the van and posts it on social media mentioning the hashtag #chammoth. The nationwide tour began on Friday at the Aspinall Foundation’s partner park of Port Lympne in Kent.

#Chammoth possesses an incredibly accurate sense of direction thanks to its navigation system that can also prevent this sizable animal from taking inappropriate routes. pic.twitter.com/BX5vQBC9NS

“The IVECO Daily 3.5 tonne van incorporates so many great features that we know our customers relish. Chammoth is a light-hearted nationwide campaign that brings these to the attention of a wide group of operators and drivers.”