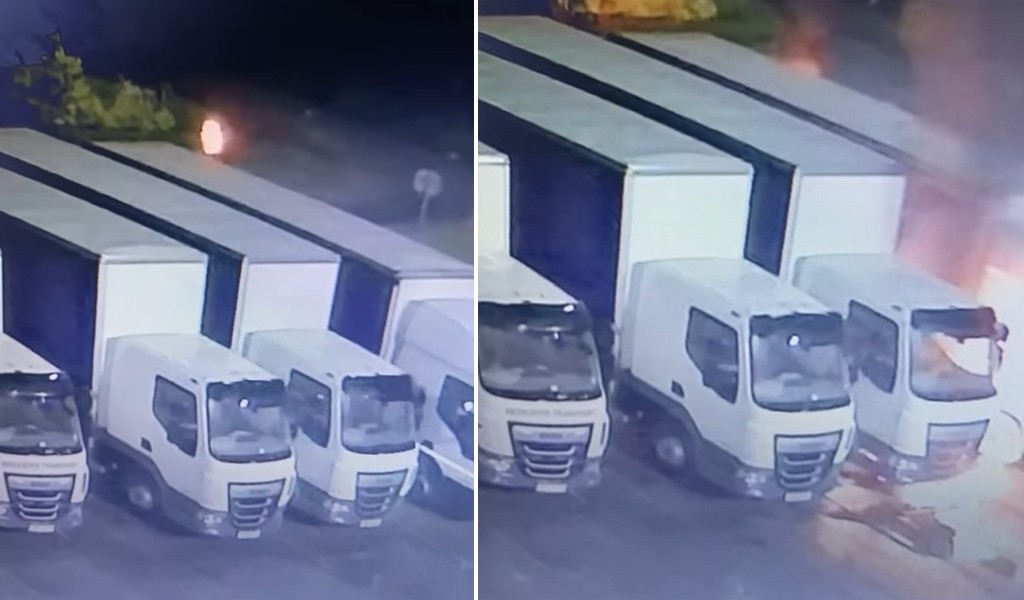 Lancashire police are appealing for witnesses following an arson attack at a haulage company in Skelmersdale that occurred earlier this month.

In a statement, Lancashire police explained that officers were called to Messenger Express Ltd, West Pimbo, following reports a truck had been found with smoke damage.

Detectives have since released CCTV footage that shows a suspect throwing a petrol bomb at vehicles parked in the haulage yard at approximately 10.48pm on July 4.

The police are now appealing for anybody with information or anybody who saw anyone acting suspiciously in or around the area on the evening of July 4 to get in touch.

“This was a reckless attack which could have easily had far more serious consequences and resulted in hundreds of thousands of pounds of damage. We have made a number of enquiries to identify those responsible and we are now asking for the public to come forward if they have any information which could assist our investigation. Did you see somebody of a similar build, wearing similar clothing to that in the CCTV before or after the attack? Do you have CCTV or dashcam footage of suspicious individuals or vehicles in the area? If so, I would ask that you get in contact with police.”