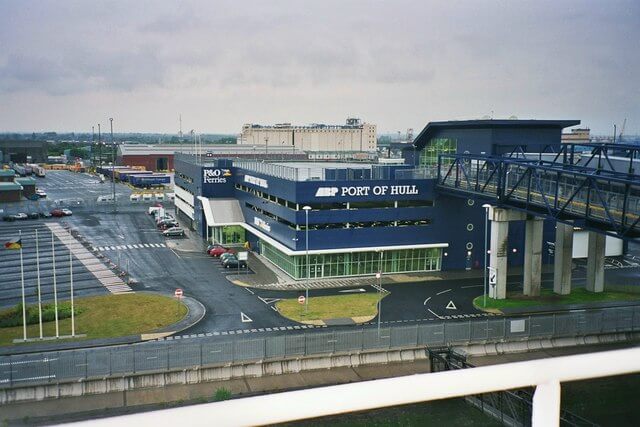 Associated British Ports is lobbying for a lorry park and new Border Control Post to open at King George Dock in Hull, reports Hull Online. As yet, ministers have not identified any specific or preferred locations.

At the beginning of September, the UK Government granted itself powers to build new Border Control Posts (BCP) in 29 different councils – including areas in Hull and East Riding. The powers allow the government to build the facilities without the approval of local officials.

The proposed Border Control Post is a place of inspection designated and approved in line with EU legislation for carrying out checks on imported goods to the EU. Such facilities require a huge surface area in order to accommodate lorries waiting to go through customs, which is precisely why parking spaces need to be constructed.

Aside from building lorry parks, the British government is trying to ramp up its preparations for the end of the transition period with the launch of a £200 million fund for ports to build new and improved facilities.

New infrastructure at ports will be needed irrespective of whether the UK secures a negotiated agreement with the EU – as the UK is leaving the Customs Union and Single Market and new procedures will come into place.

The fund is targeted at those ports that have the space to build new border infrastructure on their current sites so that they are ready to handle new customs requirements under the new Border Operating Model.

According to Kent Online, Associated British Ports has a vacant site allocated for such a facility.