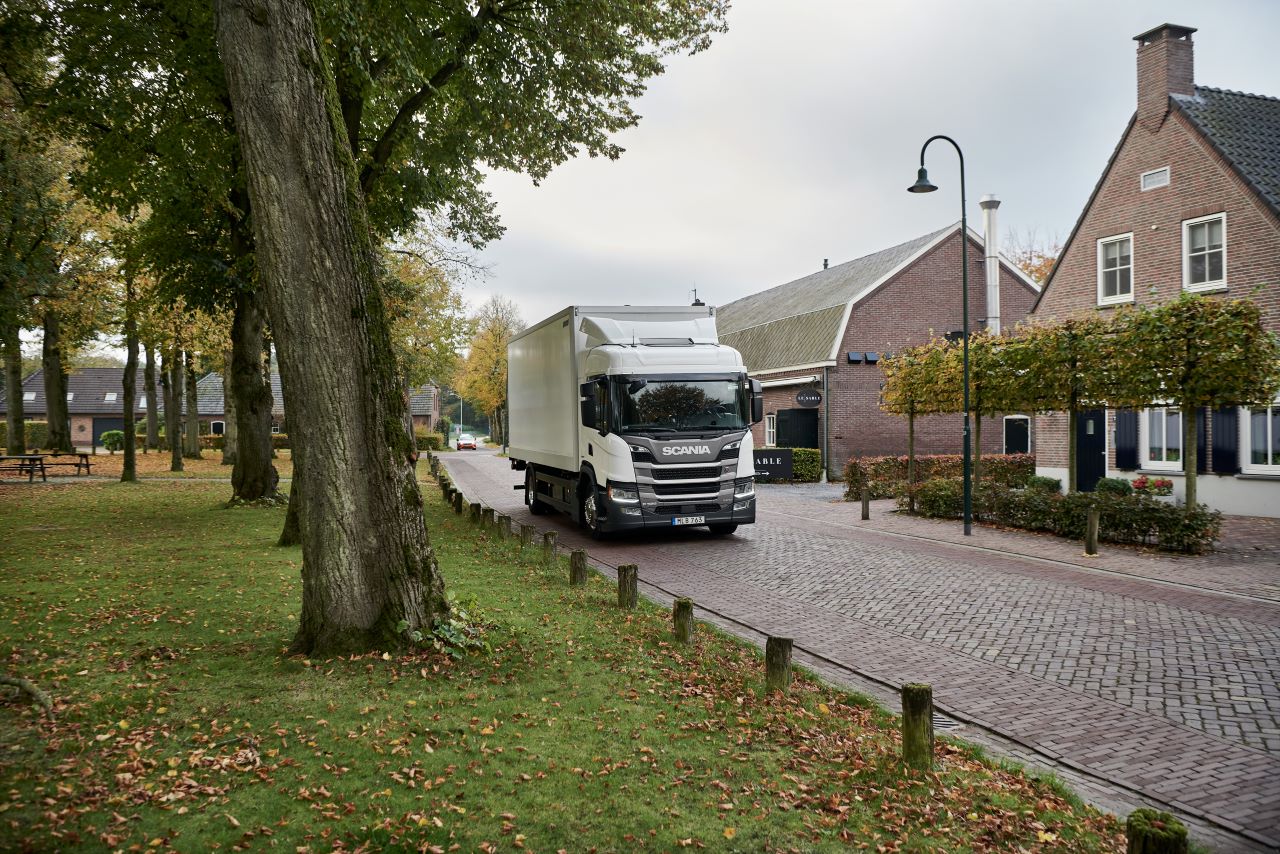 The new electric machine GE281 works in tandem with a Scania 7 or 9-litre combustion engine, which the company says provides unique opportunities for creating fossil-free transport solutions for heavy trucks with demanding bodywork.

The new hybrid powertrain has been developed in-house by coupling two electric motors with each other and merging them with essential parts of Scania’s latest (2020) Opticruise gearbox generation. This is the GE281, a Gearbox Electric machine with seamless power transmission and capacity for dealing with GVWs of up to 36 tons without support from the combustion engine.

But it also works the other way – since the electric machine is always supporting the combustion engine at take-off and acceleration, the combustion engine can be downsized in both volume and power output. Hybridisation means fuel savings of up to 40% in city areas compared with traditional powertrains.

All you need to know about the new hybrid series

The latest hybrid truck generation from Scania can be ordered as HEVs and as PHEVs, available in P, G and L series cabs.

The trucks can be specified as rigids and as tractors.

The DC07 combustion engine is available in three power outputs, as is the DC09 engine. All Scania Euro 6 engines can run on hydrotreated vegetable oil (HVO), though some can also run on biodiesel FAME (see chart in attached PDF).

Scania’s GE281 offers 230 kW continuously and 290 kW as peak power output, while the max torque is 2,100 Nm. It has six forward gears but no traditional clutch, since a planetary gear takes care of that process, providing torque interruption-free gear shifts. This solution also provides for excellent creep drive capabilities at low speeds and the PTO can be engaged while the truck is moving, in electric as well as combustion engine mode.

The PHEV has an installed battery capacity of 90 kWh (3 x 30 kWh batteries), while the HEV version has one 30 kWh battery. The PHEV can be fully charged in 35 minutes when using a 95 kW DC charger.

That means the vehicle can be charged at depots and during breaks or loading sessions (so-called opportunity charging).

A hybrid truck with a downsized engine – from DC09 to DC07 – will actually have a payload that is 250 kg higher compared to its ICE sibling; the hybrid will only add a net weight of 750 kg, while one ton of extra weight is allowed for electric vehicles in the EU.

The electric range is given as 60 kilometres.

The level of fuel savings that can be achieved from this modular Scania solution differs according to the usual factors, such as the operation itself, how hilly the route is, and how many start and stops there are. The electric machine is always active, but the extra help from it is less useful when at cruising speed on motorways.

The most substantial fuel saving is achieved in urban traffic, where some customers will save up to 40%.

64-tonne electric Scania on the road

Scania has also announced the news about a 64-tonne electric HGV that has been delivered to chemical supplier Wibax and will operate on the roads of northern Sweden. The lorry will run on the roads between the cities of Piteå and Skellefteå in northern Sweden, a distance of 80 kilometres one way.

The vehicle’s performance and load capacity are made possible by the development of a significantly stronger electric motor. Scania and Wibax will work together to optimise the use of the vehicle over time – including charging, battery life length and route planning. This will also provide valuable insights to Wibax as they prepare to add additional electric vehicles to their fleet in the future.