Why are the UK’s HGV facilities so lacking and so poor?

The UK's poor HGV parking facilities, as well as a lack of them, has understandably irked truck drivers working in Britain for some time. So why are the UK's HGV parking areas not up to scratch? 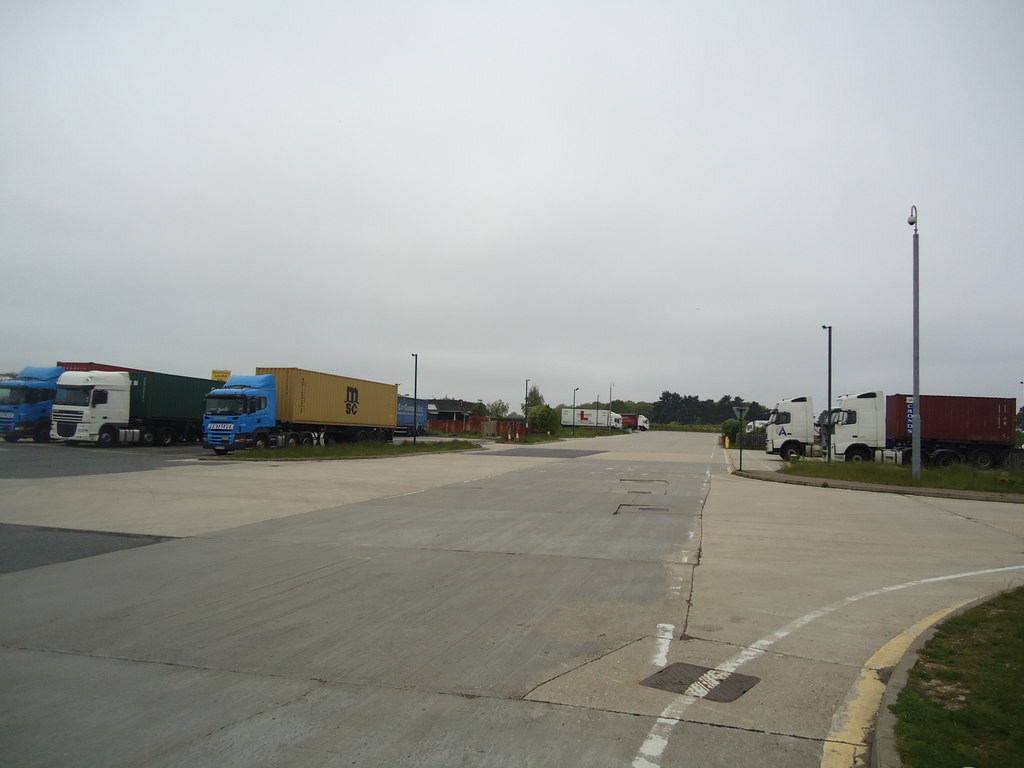 Since the UK’s HGV driver shortage became headline making news earlier this year, it has become public knowledge that HGV parking facilities in the UK are neither plentiful enough nor of sufficient quality. This isn’t news to drivers and hauliers of course, who have been campaigning for better facilities for years.

Why do the UK’s HGV facilities fall short compared to most European countries though? In this article, we point out the main reasons for Britain’s HGV parking woes.

Duncan Buchanan, Policy Director of the RHA, told the Telegraph last month that the biggest obstacle to the construction of lorry parks comes from “NIMBY councils”.

For the benefit of those unfamiliar with the term ‘NIMBY’, it stands for ‘Not In My Backyard’ and refers to the situation whereby residents of a particular area will campaign against a new development (e.g. a football stadium, a homeless shelter or lorry park) but would not object to the same development being constructed elsewhere.

A good example of this is when Barbara Cooper, Kent County Council’s director of growth, environment and transport, stated that she wanted a lorry park outside of Kent so as to move congestion elsewhere.

Of course, not all plans for lorry parks are rejected unfairly. However, the frequency at which the construction of lorry parks is either delayed or rejected shows that local authorities are indeed an obstacle to HGV facilities being built.

Here are another four examples from the last 12 months alone:

In a recent example, Stirling Council rejected plans for a roadside services facility on the A9 motorway at the end of September. The services would have provided safe parking for 50 HGVs.

Stirling Council’s planning panel had actually approved GB Grove Ltd’s application for the facility, which was to have a filling station, HGV truck stop and amenity building complete with a rest area, toilet and shower facilities, as well as two units for use as a cafe and/or restaurant. However, a legal challenge was lodged against the decision.

The main reason for the objection was road safety and the services’ potential impact on local businesses.

A service station plan in Crowland, Lincolnshire was also torn up by councillors at the end of August. In this case, noise was cited as the main reason according to Spalding Today.

This lorry park, planned to be constructed near Cirencester, was to accommodate 75 HGVs. The plan was received by Cotswolds District Council on 4th January 2021 and it was evaluated a month later. However, no decision has been made since then, according to the council’s website.

It is nonetheless known that a number of local residents have argued that the truck stop would see lorries cut through Daglingworth, which would then cause increased pollution and traffic congestion. Residents launched an online petition against the plan and in March, the Planning Committee of Cirencester Town Council was of the opinion that: “there are other more suitable locations” than the one in the plan.

The application included a HGV and car parking area, a service yard, landscaping works, a driver’s welfare and facilities building, as well as an access road.

Local councillors called the plans for this Brexit lorry park “wholly inappropriate” and rejected the plan for its construction last September, months before the trade deal was signed or it became clear that customs operations wouldn’t initially be carried out.

According to the plans, the lorry park could have accommodated up to 100 HGVs.

The reason for the rejection was the park would have had an adverse effect on local communities and “defeat the purpose for which the lease was granted in the first place”.

In a series of tweets sparked by Boris Johnson pointing the blame at hauliers for a lack of investment in lorry parks, the Twitter account of motorwayservicesonline.co.uk recently provided a fascinating commentary on why the UK’s HGV parking areas are so lacking.

🧵Lately a lot of lorry drivers have been giving „no facilities” as a reason for not driving in the UK.

Last week the government even blamed businesses for not building enough

So while the spotlight’s here, I thought it would be a good time for some background information (1/3) pic.twitter.com/lYJXa1i2Fp

According to the website’s tweet, it can be well over a decade before a new motorway in the UK has some roadside services to compliment it:

“The UK is one of the only countries in the world that has a policy of opening major motorways with zero places to legally stop. This means once a new road opens, it could be 20 years before a business decides to develop some facilities, and gets them through the planning system.”

This, as Motorway Services Online writes, has happened as the UK was one of the only countries where the government didn’t help with maintenance costs. That changed over the last 40 years or so, because “the government ended its involvement in service station planning and started to sell all the land it owned.”

“With more freedom, businesses were suddenly more willing to invest. But being free to chase profits meant a huge bias towards car drivers on a family day out, which is $$$. HGVs – which don’t make much money – are generally an afterthought that is given the bare minimum.”

This, Motorway Services Online argues, means that “service stations have to be ridiculously big (and therefore slow to develop), because they have to make enough money to cover the planning and construction costs.”

Another issue that arguably fuels the aforementioned rejection of lorry park planning permission is the worrying amount of negativity aimed at lorry drivers and HGVs in the UK.

Comments made earlier this year by councillor Tony Wilcox, who represents Pembrokeshire council, are a good example.

Reacting to the plan for a lorry park near Pembroke Dock, the Labour councillor said the following according to the Western Telegraph:

“Anyone who thinks putting a smelly, potentially dangerous, lorry park there will be of any benefit to Pembroke Dock is living in cloud cuckoo land.”

Ignorant I’ll informed inflammatory comments from local councillors about lorry parking. They should be ashamed, lorries are essential & facilities for drivers desperately needed. This rubbish is 1 reason why there is a shortage. Bloody livid! @CharlotteV @RWUK01 https://t.co/h3OYPZJ4fw pic.twitter.com/laZU2uFpcW

Evidently fed up of the rise in negative comments surrounding lorry drivers, lorries and lorry facilities, Buchanan also tweeted that he was “so sick of numpties” who “somehow equate lorry drivers with danger”.

Unfortunately, Mr Tony Wilcox is not the only councillor who has made such comments. In July of this year, Conservative councillor Alexander Maughan said that the residents of the village of Long Bennington had “suffered” due to HGVs parking in the area.

Moreover, in March of this year, Conservative councillor David Brazier was quoted in Kent Online as saying Kent was “infested” with HGVs:

It used to be the case that every lane, lay-by, nook and cranny was infested nightly with HGVs with all the deeply unpleasant consequences of their stopping overnight. This [ban] has been needed for years. It’s brought tremendous relief to many residents.

Fellow conservative councillor Seán Holden also claimed that Kent’s residents had been “oppressed by the anti-social actions of some lorry drivers”.

It’s not just local politicians expressing hatred towards lorry drivers and HGVs either.

In April, Residents of Alconbury in Cambridgeshire lobbied against an extension to a nearby lorry park, arguing that the move would result in bottles of urine being thrown in their gardens – despite the fact that the plans included welfare facilities for drivers.

Furthermore, in the same month, a couple from Coleshill complained about lorry traffic after spending £325,000 on a new home next to a busy A road.

The HGVs are absolutely horrendous, and the pollution that comes out of them, it’s disgraceful. I’m washing my windows three or four times a week, it’s disgusting.

To make matters worse, the negative stereotypes and general hostility towards truckers and HGVs hasn’t just prevented lorry parking facilities from being constructed.

So far this year, the villages of Farnham, Towcester, Culcheth, Glazebury and Croft have all implemented HGV bans. A so-called “HGV Watch” scheme is also being considered by Surrey County Council.

All of this makes route planning more difficult for hauliers and drivers, potentially lengthening journeys and thus increasing carbon emissions.